What lies at the core of Burundi’s crisis?

The government’s use of repression over dialogue has put the country and region’s stability at risk. 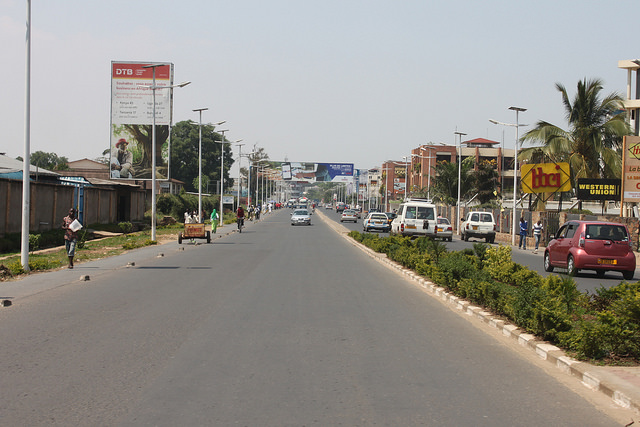 The road ahead for Burundi is highly uncertain. Photograph by
counterculturecoffee.

In one of the latest bouts of violence in Burundi last week, at least three people died in Bujumbura as police battled with gunmen who reportedly threw grenades and fired machineguns.

This encounter was one of the more recent deadly clashes in a country facing a deepening political crisis, but was far from unique. Political violence has become routine. Gunfire is reportedly heard almost nightly in the capital and dead bodies are discovered in the streets every few mornings. The government has resorted to a very costly way to shore up its power in the face of prolonged protest.

At the core of the crisis lies the contested political legitimacy of the government and its use of repression over dialogue to deal with discontent. The core grievance of those opposing the government concerns President Pierre Nkurunziza’s bid for a third term in office. The situation escalated with Nkurunziza’s official nomination by the ruling party CNDD-FDD, and later with his electoral victory and inauguration in August 2015.

This episode has divided the ruling elite, military and electorate. The legality of Nkurunziza’s prolonged rule has been heavily disputed, while the elections were declared to be neither free nor fair by international observers.

Nkurunziza has managed to hold on to power in the face of open opposition. Although there had been protests on the issue before, the announcement on 25 April that the president would stand for re-election sparked sustained demonstrations that reached a peak in May, when there was a failed coup, and continued until mid-June.

The intensity of both the protesters and government’s response picked up again following Nkurunziza’s swearing into office on 20 August. Importantly, open confrontation has also been complemented by mass exit, with over 200,000 Burundians having left the country since the crisis erupted.

The government has resorted to a whole toolkit of repressive measures to manage the opposition. Most visibly, around 200 people have lost their lives to political violence since April, with more wounded.

This death toll includes many prominent opposition and activist figures who have been assassinated. Amongst them are UPD’s leader Zedi Feruzi and spokesperson Patrice Gahungu; FNL’s Pontien Barutwanayo; and MSD’s leader Charlotte Umugwaneza. Other targets include leading human rights activist Pierre Clover Mbonimpa who narrowly escaped death in August; AFP reporter Esdras Ndikumana, who was detained and abused by security forces; and Burundian journalist Christophe Nkezabahizi who was recently killed in his home along with his wife and two children.

Targeted assassinations and protest-related deaths are the most-reported human rights violations, but the government’s repressive strategies reach beyond this. The government has mobilised and armed Imbonerakure youth militias, which have harassed civilians across Burundi from even well before the protests started; it has imposed a media blackout and manipulated official discourse; it has attempted extradition of opposition; and it has deployed excessive police force on the streets and torture in detention.

The government’s strategy further includes “pacification” of opposition areas throughcivilian disarmament and weapon raids . A special police unit has been created to manage urban protests, and tough anti-terrorism legislation is being currently being drafted.

While the crisis has unfolded, many have noted the resilience of institutions such as the military. But there are various other points of strain. There is now a vast refugee crisis. Burundi’s relations with its neighbours, in particular Rwanda, have deteriorated. Donor countries have condemned the government’s actions, with targeted international sanctions being imposed on three figures close to the president for their role in fomenting the crisis. And the economic situation, particularly in rural areas, is dire.

What does this mean vis-à-vis power-sharing, democratisation and stability?

The current situation threatens to undermine the political accord that was signed in 2000 and marked the end of Burundi’s civil war. The Arusha Peace and Reconciliation Agreement paved the way to a careful ethnic balancing of power, and Burundi subsequently implemented one of the most intricate power-sharing systems on the continent. The process was largely seen as a success, it assured political inclusion across ethnicities, and as a result diminished the salience of ethnicity in politics.

But other problems emerged, with equally important implications for stability and relapse into conflict. Political pluralism has steadily eroded during Nkurunziza’s tenure, with the trend culminating in his recent bid for a third term.

What is distinctive about now, however, is that substantial sections of the Burundian population – from across the ethnic spectrum, and including members of the ruling elite – are no longer willing to tolerate the democratic rollback.

Many have called for a political resolution to the crisis, but there are few signs the government is ready for genuine dialogue. Instead, it has resorted to demonising the opposition, representing the protests as an “insurrection” harbouring “terrorists”. Such language is a clear attempt to undermine the legitimacy of the protesters whilst legitimising the government’s use of force.

The government has made a nominal move towards negotiations by establishing the National Commission for Inter-Burundian dialogue. But several aspects undermine the legitimacy of this mechanism, including the unmediated nature of the talks, the broadly conceived nature of the “insurrectionist forces” excluded from the talks, the unwillingness to discuss the issue of the third term, and the exclusion of the platform aimed at uniting opposition forces known as CNARED (National Council for the Respect of the Arusha Accord). All of this paints the dialogue as little more than a delay tactic and a way to assuage international pressure.

If the political path were to prevail, Nkurunziza’s tenure in office is just one issue in need of address. Importantly, the future of the Arusha Peace agreement also has to be discussed. Will the agreement be reinforced, amended, replaced? And how will it be guaranteed? A mixed constitutional court composed of national and international judges could assure greater impartiality, but it is questionable whether such a proposal would be acceptable to the ruling elite.

What we do and do not see

When examining Burundi’s crisis, it is important to keep in mind that verifiable information is in short supply and the resultant uncertainty is in fact part of the political dynamics.

The independent media sector, especially radio stations, was rapidly destroyed around April and May and there have also been attempts to control platforms such as WhatsApp. Rumours are omnipresent and the situation is highly fluid, evolving almost daily.

This uncertainty and difficulty of obtaining reliable information has also contributed to a very particular perspective on the crisis – the focus lies on urban unrest and repression, institutional processes and the issue of the third term. Meanwhile, little is known about the crisis as understood and lived in rural areas, where anxiety and fear have more to do with broad threats and a more diffuse sense of insecurity, rather than direct attack.

Viewed from the rural areas, the crisis reaches well beyond the issue of the third term. The Arusha agreement is more than a peace treaty. It sets the ground for a new, post-war social contract and this complex political promise has been broken on a number of levels. The most obvious of these is physical security, but the problem also reaches to economic security and the viability of livelihoods, recovery of land, corruption, accountability, and the inability and unwillingness of the government to deal with the past and present of impunity.

The situation in Burundi is fragile and the way in which it is resolved – or not – will have serious repercussions for the country not just in the short term but also with regards to the political gains made since the end of the civil war. The danger here is that if acceptable political channels of negotiation do not open, military solutions might be sought, with not just Burundi’s but the wider region’s stability at stake.

Acknowledgments: In writing this piece, I have benefitted immensely from a recent academic workshop on Burundi held in Ghent, Belgium on October 14-15, 2015. The workshop has brought together researchers from across different disciplines. Where appropriate, I hyperlink further reading. Any errors of interpretation, fact or omission are my own.