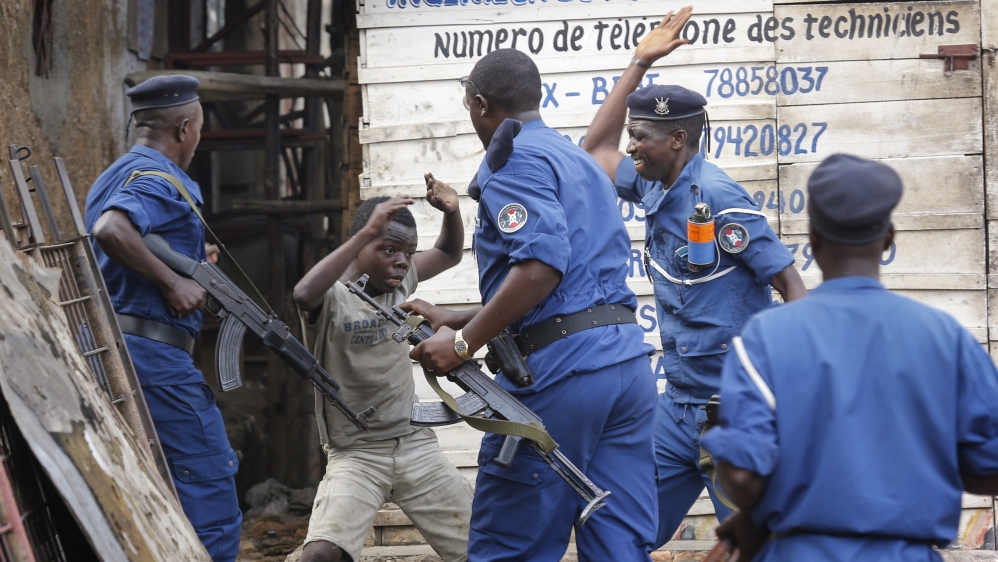 The UN Security Council has scheduled a vote on Thursday on a resolution condemning increasing killings, torture, and other human rights violations in Burundi and threatening possible sanctions against those contributing to the violence.

At least 240 people have been killed since President Pierre Nkurunziza launched a controversial bid to prolong his term in office in April. More than 210,000 people have fled the country since then.

The UN Security Council is set to convene at 12:15pm (17:15 GMT). French diplomats said they expected unanimous support for the draft resolution from the 15-member council.

France took the lead on Monday by circulating the draft resolution, which threatens sanctions against Burundian leaders who incite attacks or impede peace efforts.

But a final draft released on Wednesday was watered down, stating instead the council was prepared to consider “appropriate measures” without specifying if targeted sanctions were on the table.

The amendments were to address concerns from Russia and some African countries that sanctions would not be helpful to efforts to prevent a bloodbath.

UN officials are drawing up plans to rush peacekeepers from the Democratic Republic of Congo to the landlocked central African country if the violence spirals out of control.

The 20,000-strong Monusco force in the Democratic Republic of Congo is backed up by a rapid-reaction brigade made up of elite troops from South Africa, Malawi, and Tanzania that could also be deployed.

Another possibly more likely scenario is to dispatch a regional African force.

“The use of Monusco assets and personnel has been mentioned as one possible option,” said a UN spokesman for peacekeeping. “While this is ultimately a matter for the Security Council to decide, a regional coalition would be well-placed to provide a rapid and credible response if the situation in Burundi worsens.”

US President Barack Obama, in a phone call with South African President Jacob Zuma on Wednesday, expressed “deep concern” about the situation in Burundi, the White House said.

Obama asked Zuma “to continue to work with other regional actors to call for calm and press for a dialogue that can bring about a long-term solution to the crisis”, the White House said in a statement.

The post UN to vote on Burundi as violence escalates appeared first on African Media Agency.