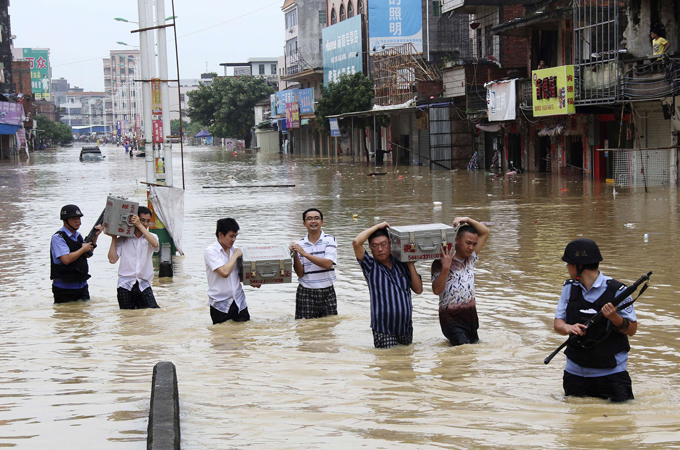 Natural disasters in developing countries over the past 10 years have caused at least $80bn worth of agricultural damage, according to a UN report.

The 53-page study, released on Thursday in the run-up to UN climate talks in Paris next week, looked at the impact of disasters on agriculture and food security from 2003-2013.

“These production losses correspond to 333m tonnes of cereals, pulses, meat, milk and other commodities,” shrinking the available calorie intake for people in developing countries by an average of seven percent after each disaster, the report by the United Nations Food and Agriculture Organization (FAO) said.

Asia took the biggest hit in absolute terms, with $48bn worth of losses, but was worth only two percent of total crop and livestock production. Africa suffered more in relative terms, with a $14bn loss representing six percent of the total.

The Rome-based agency said that, compared to the 1980s, the average number of natural disasters had doubled during 2003-2013.

More than a third of developing countries had suffered three or more extreme weather events over the period.

The Philippines was cited as having experienced 75 disasters between 2006 and 2013 – mostly typhoons, tropical storms and floods – which caused accumulated damage and losses to the agricultural sector of $3.8bn.

The FAO’s report studied 78 natural disasters in 48 countries in Africa, Asia-Pacific, Latin America and the Caribbean.