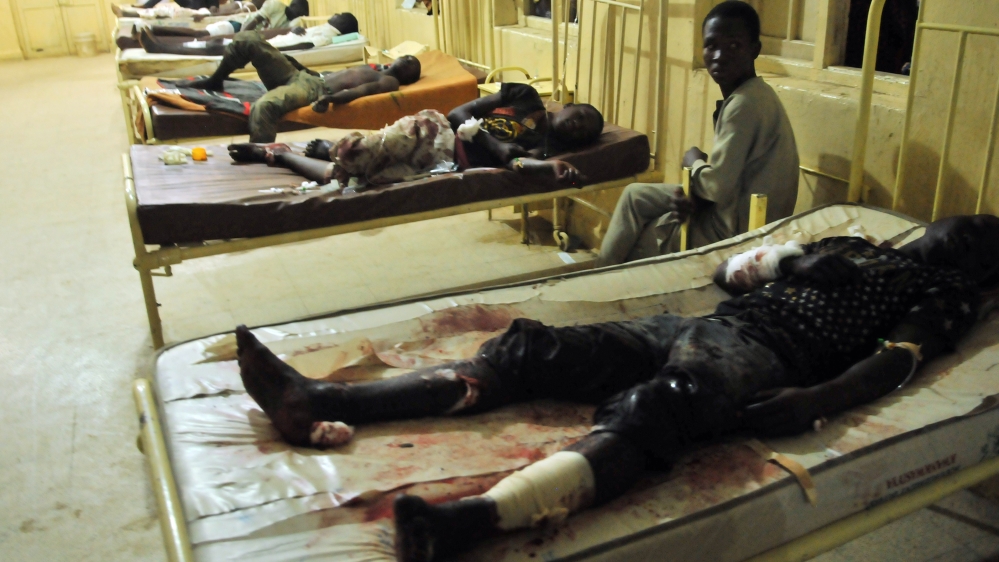 At least 15 people have been killed after two powerful blasts rocked a busy mobile phone market in the northern Nigerian city of Kano, sources told Al Jazeera, a day after more than 30 people were killed in an attack in the northeastern city of Yola

Police said on Wednesday that two devices – one inside the market and another at its entrance – were detonated by two female suicide bombers in an area called Farm Centre in Kano.

The attack comes a day after a bomb ripped through a market in Yola, a city in northeastern Nigeria, killing more than 30 people and injuring dozens more.

The explosion happened at a fruit and vegetable market beside a main road in the Jimeta area of Adamawa’s state capital on Tuesday night.

The area, which also houses a live stock market, was crowded with shoppers.

There was no immediate claim of responsibility but suspicion will fall on the armed group Boko Haram, which has killed thousands in its bid to create a state adhering to Islamic law in the northeast.