JUBA (Reuters) – South Sudan’s government said on Thursday it would meet rebel leader Riek Machar at a regional peace conference in its capital Juba next week, almost two years since he left the city at the start of the civil war. 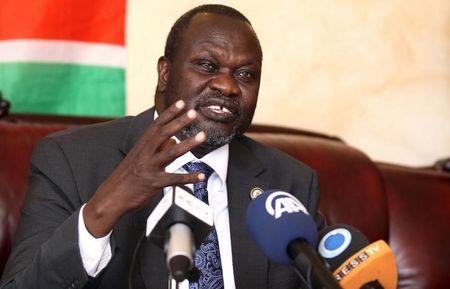 There was no immediate comment from Machar’s camp on whether he would attend the meeting to discuss implementation of a peace deal, which has already been marred by accusations from both sides of ceasefire violations.

The world’s newest nation plunged into conflict in December 2013 after a political row between President Salva Kiir and his former deputy Machar. Fighting has often followed the ethnic fault line between Kiir’s Dinka and Machar’s Nuer people, and Machar has not been seen in the capital since.

South Sudan will host the meeting of leaders from the regional IGAD grouping – which includes South Sudan’s neighbors Ethiopia, Kenya, Uganda and Sudan – on Nov. 19, presidential spokesman Ateny Wek Ateny told a news conference. “The prime minister of Ethiopia will be accompanied by the opposition leader Dr Riek Machar, who is the head of the rebel movement, to participate in that summit,” Ateny said, referring to Ethiopia’s Hailemariam Desalegn who has hosted other regional peace talks.

Facing heavy international pressure and the threat of sanctions, Kiir and Machar signed a peace deal in August.

Since then both sides have accused one another of attacks, and humanitarian groups have pulled out of parts of the oil-producing country where heavy violence has been reported.

More than 2 million people have fled their homes in the country, which seceded from Sudan in 2011. More than 10,000 people have so far died, humanitarian agencies say.