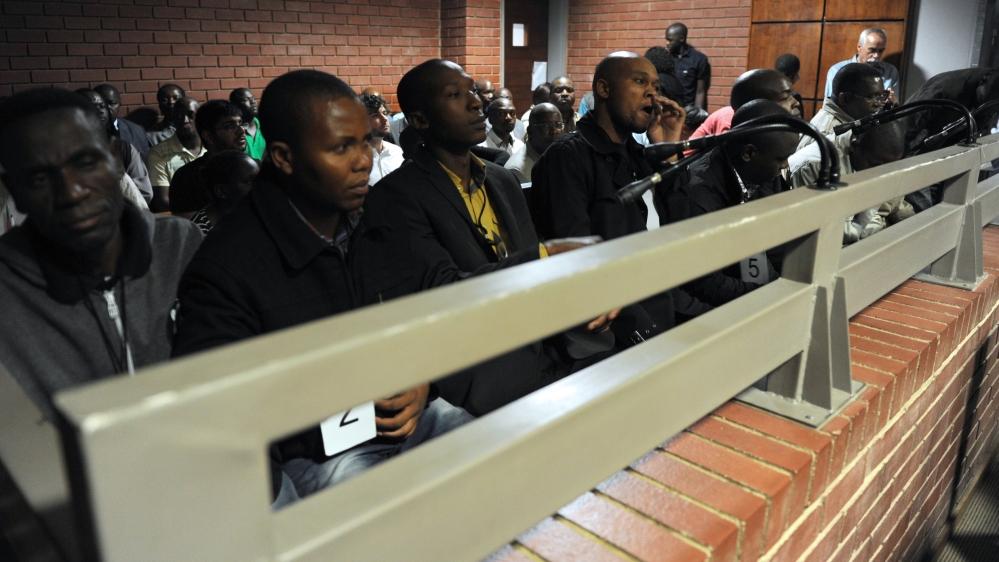 Eight South African policemen were jailed on Wednesday for 15 years each for the murder of a Mozambican taxi driver who was dragged behind a police van in a horrific incident caught by mobile phone cameras.

The death of Mido Macia provoked widespread outrage, and threw the spotlight on South Africa’s police force and frequent allegations of its brutality.

The 27-year-old Macia died in police custody in February 2013 after being arrested for parking his car on the wrong side of the road.

Video footage showed Macia being manhandled, handcuffed to the back of a police van, and dragged hundreds of metres in Daveyton, east of Johannesburg. Two hours later he was found dead in his cell in a pool of blood.

“Each of you are sentenced to 15 years imprisonment,” High Court judge Bert Bam said in the capital, Pretoria.

“The arrest of the deceased and then dragging behind the vehicle was totally unneccessary, uncalled for, and not justified at all.”