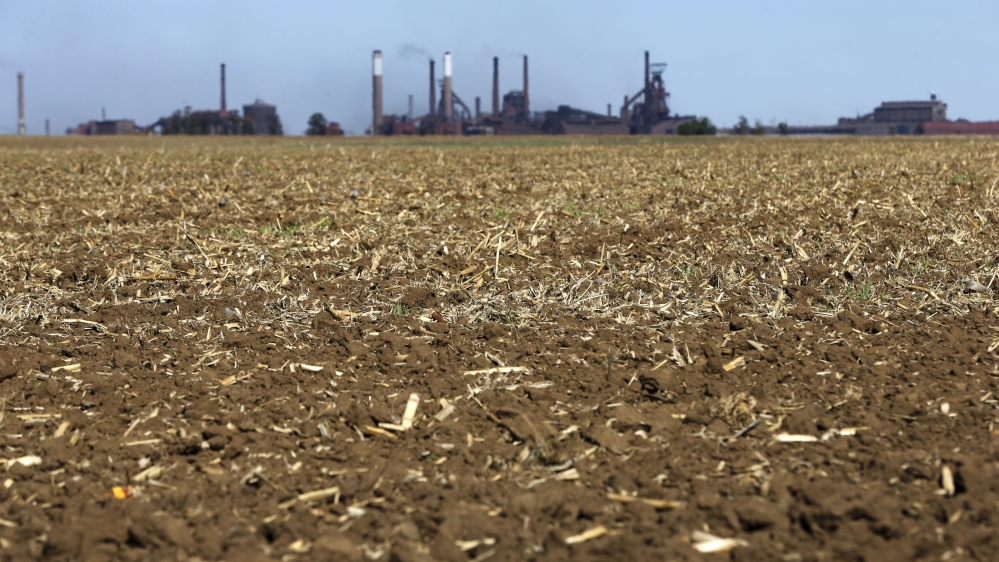 South Africa is facing its worst drought since 1982, with more than 2.7 million households facing water shortages across the country, the government has said.

Lennox Mabaso, spokesperson for the Department of local government in KwaZulu-Natal, told Al Jazeera that the drought, concentrated in provinces of Free State and KwaZulu-Natal, was beginning to impact on livelihoods and draining the economy.

“The dams are at an all-time low. This is an epic drought and government is doing the best it can do. As you can imagine, it requires a lot of resources and its impacting everyone, rich and poor,” Mabaso said.

The ministry declared the KwaZulu-Natal and Free State provinces as disaster areas and warned that some 6,500 rural communities across four provinces face water shortages.

On Wednesday, Reuters news agency, quoting an official, said the drought-hit northern Mpumalanga and Limpopo provinces would be declared disaster areas for agriculture in the coming days, a claim a spokesperson for the Department of Water and Sanitation would not confirm.

“The provinces of Limpopo and the North-West are currently under observation,” Mlimandlela Ndamase, ministerial spokesperson for the Department of Water and Sanitation, said to Al Jazeera.

The government has already allocated $26m to KwaZulu-Natal in a bid to mitigate the impact of the drought that has been blamed on the El Nino weather pattern. El Nino is expected to impact other parts of southern Africa as well.

Wandile Sihlobo, an economist at Grain SA, told Al Jazeera that summer crops (soybeans, maize, sugarcane) and livestock farming are likely to be hardest hit by the drought and consumers were likely to see food prices elevated for some time to come.

“The concern now is about the next crop. It’s the optimum time to plant but its still too dry and with the failure earlier in the year, farmers are under further strain,” Sihlobo said.

Citizens of Port Shepstone in KwaZulu-Natal province lined up with buckets for fresh water distributed by officials as the drought increased the salt content of rivers, the South Coast Herald newspaper reported on Tuesday.

Mabaso admitted that a part of the town’s water had been contaminated, but said the issue had been blown out of proportion.

“It appears that sea water had encroached the dam that was close to the sea and the water has been contaminated, it affects one community in Port Shepstone and our scientists are working on it,” Mabaso said.

Earlier in the week, Minister of Water and Sanitation, Nomvula Mokonyane said in a press release that the South African government was drawing water from neighbouring Lesotho to augment the country’s resources, especially in Gauteng, the economic hub of the country.

“Engagements are underway to allow us to access water from the Zambezi via Zimbabwe to further guarantee supply in the northern parts of our country” Mokonyane said.

On Monday, it was reported that Rand Water, the country’s main water supplier, might be forced to introduce “water restrictions” in Gauteng province if there was no rainfall soon.

“People have always thought that South Africa is a water secure country. But people need to respect water and use it sparingly. The times have changed,” Lennox Mabaso, spokesperson for the department of local government in KwaZulu-Natal, said.