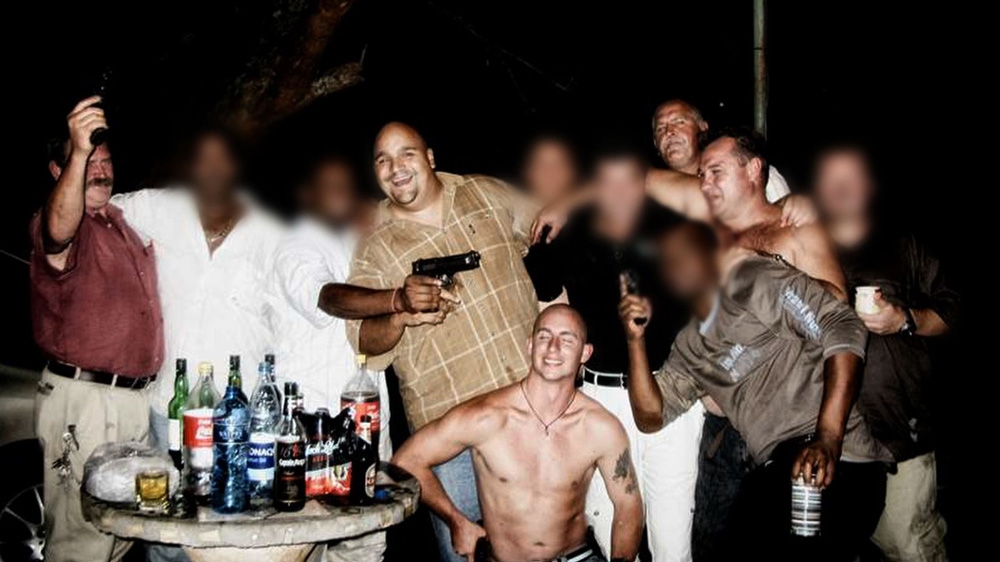 By Al Jazeera Under apartheid, South Africa’s police were notorious for extrajudicial killings and the routine use of torture against political dissidents. Only later did it emerge that these same techniques were being used even when the victims were suspected criminals, rather than enemies of the racist state.

On the birth of the Rainbow Nation two decades ago, most people believed that this would quickly become a thing of the past, that a new era of prosperity, justice and social harmony would make such abuses unthinkable.

But in the past 20 years, with both prosperity and social equality remaining an unfulfilled dream for many South Africans, violent crime has been on the rise. This in turn has generated an increasingly aggressive response from the police – under intense political pressure to stop muggings, armed robberies, gang warfare and murder on the streets of the country’s major cities.

The problem is that some of those charged with upholding the law have been breaking it themselves. Elements of South Africa’s police now stand accused of being out of control in a way that is dangerously reminiscent of apartheid’s darkest days.

In this episode of Africa Investigates, veteran South African journalists Stephan Hofstatter and Mzilikazi wa Afrika, from the country’s Sunday Times newspaper, examine the activities of one elite police unit and allegations that its members have been responsible for the torture and murder of criminal suspects.

Editor’s note: Viewers may find some of the images in this film disturbing.

It all started with the arrest of my colleague Mzilikazi wa Afrika on August 4, 2010. This came just days after we’d published a story exposing the involvement of South Africa’s chief of police in an illegal real estate deal with a friend of President Jacob Zuma. Wa Afrika later sued the state for wrongful arrest and won.

Immediately after his release, the phones started to ring off the hook. Disgruntled police officers from different divisions throughout the country were contacting us with tip-offs for stories about the police, ranging from top-level corruption to day-to-day police brutality.

Several of these officers told us about “a police unit gone rogue”, controlled by one Major General Johan Booysen, a well known leader of the Hawks, an elite police crime-fighting division.

The unit operated from offices located behind a police station in the Durban suburb of Cato Manor, one of the poorest and most dangerous parts of the city. Our sources said the unit routinely tortured suspects and had killed dozens of citizens in unclear circumstances.

According to a senior officer who was friendly with members of the unit, the Cato Manor squad had become untouchable. “People don’t care if they execute criminals and get away with it, so long as they get results,” the officer said.

And it is true that the crime levels in South Africa have left many favouring a vigilante-style approach to deal with perpetrators.

In the past year alone, 17,805 people were murdered in South Africa, including 35 police officers killed while on duty. In a bid to fight back against this tide of violence, the police themselves are increasingly using excessive force, 677 South Africans were killed by police officers or died in custody over the same period.

Soon after we started receiving the first tip-offs about the Cato Manor squad in 2010, human rights activists contacted us with more detailed information about atrocities the unit was alleged to have committed. In the five years that followed, we interviewed dozens of people, from the cities and rural hinterland and townships in and around Johannesburg and Durban, who claimed to have witnessed police violence.

The people we spoke to said that large groups of detectives would march through township streets in the dead of night, armed with high-powered assault rifles, kicking in doors and interrogating suspects with pistols shoved into their mouths. In other cases, they recounted stories of suspects stripped naked at the Cato Manor offices and tortured by placing plastic bags over their heads. Relatives told us how officers would burst into their homes and threaten to kill their loved ones just days before that same family member’s bullet-riddled corpse would turn up at the local morgue.

Witnesses who claimed to be present at shootings would describe how officers seized their unarmed husbands, brothers and fathers and shot them, execution style, in their presence. We even interviewed four people with no links to the dead suspects who said that they witnessed such cold-blooded executions at first hand.

Over the past five years, we’ve pored through piles of files stuffed with ballistics reports, autopsy results and police memos. We’ve watched police torture videos and sifted through hundreds of gruesome crime scene photos and trophy shots. In the end we came to an unpalatable conclusion: police atrocities haven’t died with apartheid – they continue to occur and those who perpetrate them continue to thrive in our new democracy.

We’d always thought that the interviews we’d done over the years would have made powerful television. So when we heard that production company Insight TWI was looking for proposals for Al Jazeera’s Africa Investigates programme we jumped at the chance.

At a workshop in Ghana we were fortunate enough to be exposed to the working methods and storytelling techniques of legendary African television investigative journalists such as Sorious Samura and Anas Aremeyaw Anas. The vetting process was tough. It started before we left South Africa with our proposal being subjected to a lengthy interrogation of its factual basis. This continued throughout the scripting and making of the film and afterwards, when it was shown to lawyers in South Africa and Britain.

Television is not a medium we’ve tried before, and it took some getting used to telling a story – especially one as complex and controversial as this – in front of a camera rather than crafting a carefully considered written narrative. Condensing what amounted to five years’ work into a digestible, and hopefully compelling, 25-minute documentary often appeared an impossible feat. Fortunately all of this was made possible by working with Dickon Le Marchant and Duncan Staff.

Both are accomplished directors and journalists with years of experience working on similar stories. That they were able to absorb such a large volume of complex material in such a short space of time, and shape it into a visually engaging narrative, is nothing short of a miracle.

The stories of torture and police killings are necessarily told through a small selection of powerful interviews with victims, relatives and police whistle-blowers. But the message conveyed is that these are not isolated incidents; police brutality, especially for young black South Africans, continues to be as endemic in the new democratic dispensation as it was under apartheid.

The film will no doubt spark a similar backlash in South Africa to that created by our original Cato Manor expose in the Sunday Times. The prevailing public mood here is that dead criminals, even if they were murdered by police officers, deserve such treatment – and it is perfectly understandable that someone who’s loved one had been murdered might want swift and bloody revenge.

But police officers should never be influenced by this emotional response. Our constitution is clear: everybody is innocent until proved guilty. If officers torture or kill suspects, particularly where the suspects pose no threat at the time, then they are guilty of the most serious category of crime. Officers acting outside of the law in this way become no better than the criminals they are risking their lives to catch.