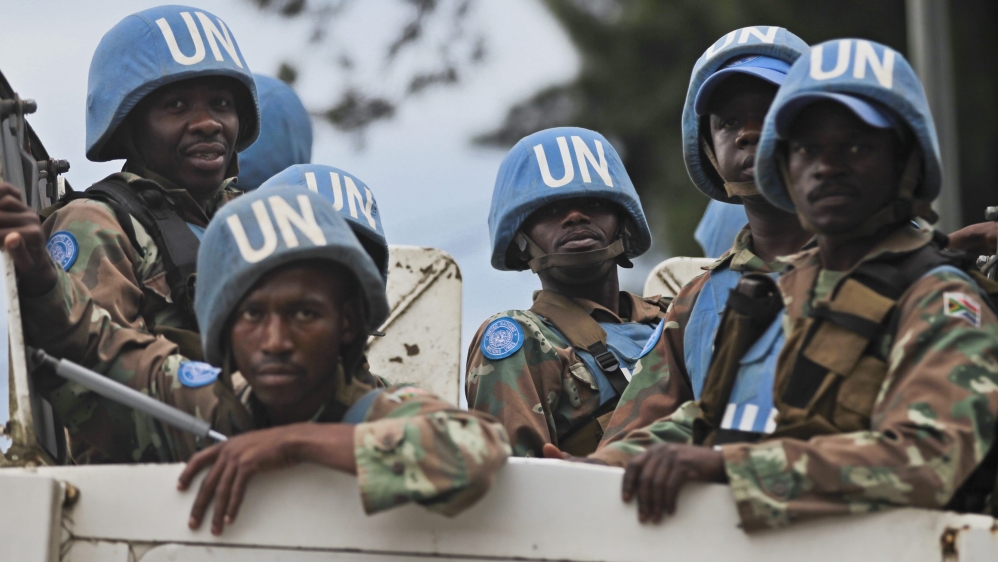 South Africa’s military said it dismissed 47 peacekeepers serving in the United Nations
mission in the Democratic Republic of Congo for violating curfew.

South African National Defence Force spokesman Brigadier General Xolani Mabanga said the soldiers were fired for breaking a “curfew in the eastern Congo where they were based” in September.

The soldiers’ actions “compromised the security” of other South African troops deployed in the area, he said on Wednesday.

“We don’t know where they were, who they were with and what could have happened thereafter,” he said.

South African media speculated the soldiers visited a pub frequented by sex workers in Goma, capital of Congo’s North Kivu province, though the military stated it had no evidence of where the soldiers went.

The troops were part of a 1,388-strong South African contingent deployed to the country as part of the United Nations Stabilisation Mission in the Congo (MONUSCO) that has about 20,000 personnel overseeing the disarmament, demobilisation, repatriation and reintegration programme for rebel groups.