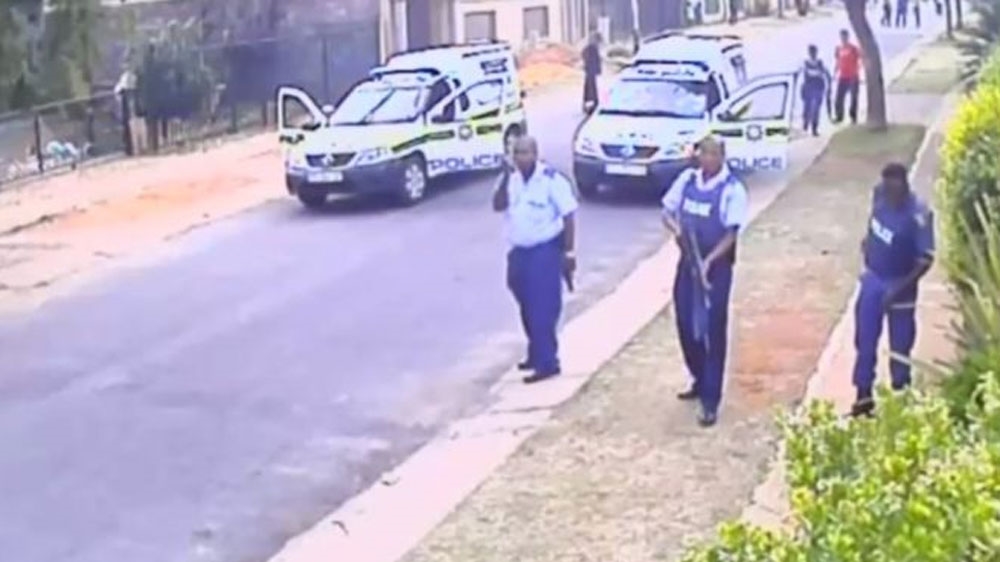 Four South African police officers have surrendered themselves after a surveillance video of them shooting a suspected robber was broadcast.

The footage released by the country’s Sunday Times newspaper late last week showed the uniformed member of the South African Police Service fatally shooting a suspect at close range after he had dropped his pistol and kicking him as he lay on the pavement.

“They [the police officers] have handed themselves in and we arrested them,” Independent Police Investigative Directorate (IPID) spokeswoman, Grace Langa, said on Monday.

“Three males and a female. They are facing charges of murder, but we might add other charges.”

The suspect, identified as Khulekani Mpanza, fired at police while attempting an armed robbery.

Officers chased him from the scene to the point where he was killed on the pavement in Krugersdorp, west of Johannesburg.

Langa said the officers would remained in custody overnight despite the officers’ pleas for the process be expedited, and appear before a magistrates court on Tuesday.

“They were stressed. They were requesting the investigators to [allow them to] appear in court. But there is no special treatment,” Langa said.

South African police have been accused of brutality in the past.

In 2013, a Mozambican taxi driver died after being dragged in the street from a police vehicle in an incident that was filmed while a crowd watched.

Eight former police officers involved in the death were convicted of murder earlier this year and await sentencing.

There have been a series of cases of police using inordinate force against civilians in recent years, the worst being the 2012 Marikana massacre where 34 striking mine workers were gunned down by police.

Police minister Nkosinathi Nhleko has said police are under threat in a country with a high rate of violent crime.