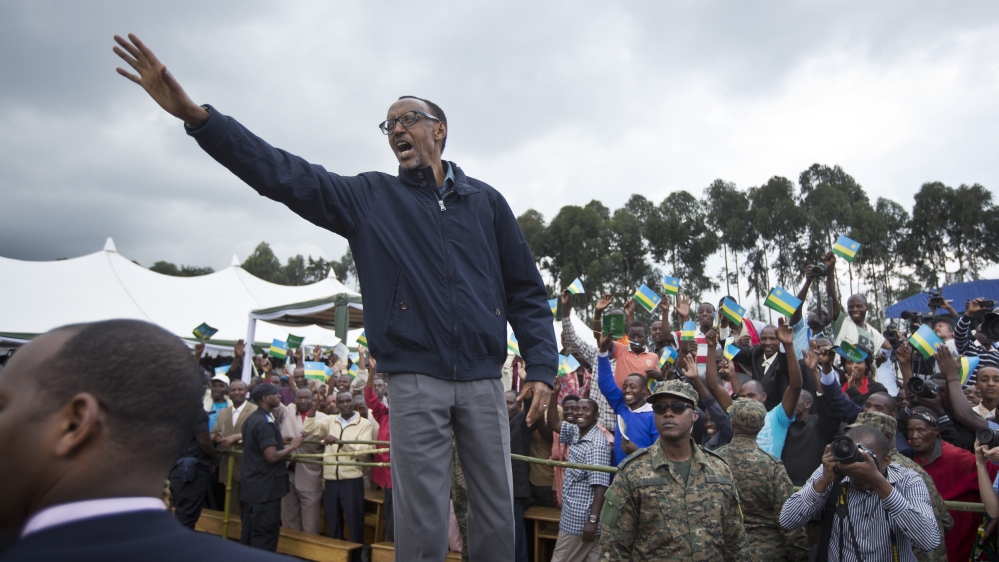 The vote by the Senate on Tuesday clears the path for a referendum that is not expected to face much opposition. Earlier this year, more than 60 percent of voters signed a petition calling for constitutional changes to be drafted that would allow Kagame to stand again.

Senate head Bernard Makuza said that Kagame, whose current term ends in 2017, could run for another seven-year term and then two five-year terms, possibly keeping him in power until 2034.

“But it all depends on his will,” he told reporters after the vote.

Kagame is the latest long-serving ruler in an African country to attempt to extend his hold on power. Similar moves have already sparked violence and instability in countries like neighbouring Burundi and the Republic of Congo.

But there has been no unrest in Rwanda so far, and Andrew Wallis, a Central and East Africa specialist who has written extensively about the 1994 Rwandan genocide, said the referendum was “certainly” going to pass given Kagame’s popularity within the country.

“They see their president giving them all of those, so from their point of view liberal democracy can wait,” he told Al Jazeera.

“What they need at the moment is peace and stability, given the history they’ve had of appalling bloodletting not just in 1994 but back in the 1970s and the 1960s as well, so certainly inside Rwanda he is very popular figure from that point of view.

“Outside Rwanda it’s a different story,” he continued. “There are a lot of critics, certainly in the West – within Europe and the Francophone countries especially – who see him as a dictator, as a despot, as someone who is pushing his views on the people and very much they would be delighted if Kagame was to stand down and this did not pass.”

Kagame, 57, has been at the forefront of Rwandan politics since 1994, when an offensive by his ethnic Tutsi rebel force, the Rwandan Patriotic Front, put an end to a genocide by Hutu fighters that left an estimated 800,000 of his community dead.

The lower house passed the amendments earlier this month.

Members of the parliament voted unanimously to approve cutting presidential terms from the current seven to five years, and maintain a two-term limit.

But an exception was made for Kagame, who would be allowed to run for another seven-year term after his current mandate ends in 2017. After those seven years, he could then potentially run for another two terms of five years each.

Kagame has not said he would run again, but has said he was open to persuasion.

“If I ran again, I would do more of what I am doing to improve the well-being of the citizens of Rwanda,” Kagame said on Tuesday, in a message posted on the presidential Twitter account.

Domestic opposition to extending the term limit has come from the opposition Democratic Green Party.

Frank Habineza, the leader of the tiny opposition party, which has no seats in parliament, said that the Senate approval would not deter his party from opposing the amendments.

“We will continue with our no-change campaign,” he told Reuters.

Kagame first served as minister of defense and vice president, and then took the presidency in 2003, winning 95 percent of the vote.

Kagame won widespread praise for ending the genocide and for rebuilding the nation.

While hailing Rwanda’s economic and social development since then, rights groups say the government severely restricts freedom of expression and does not tolerate dissent, charges the government denies.

A date for a referendum has yet to be decided.