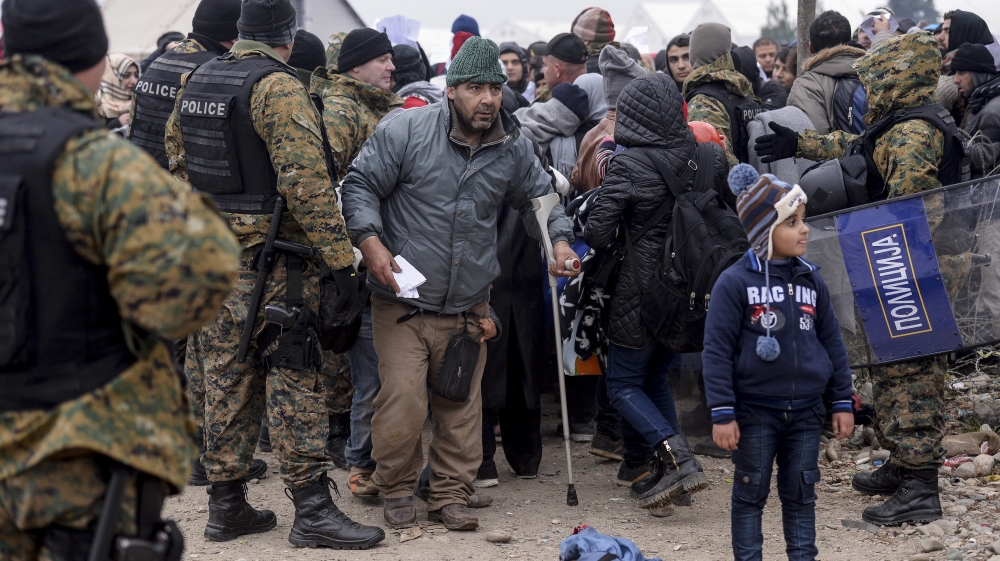 Macedonia, Serbia, Croatia and Slovenia are now profiling refugees according to their nationality, allowing passage to those fleeing Syria, Iraq and Afghanistan, while turning back those from Africa and Asia.

The measures are creating tension at border crossings and leaving some families stranded without adequate shelter, the UN refugee and children’s agencies and the International Organization for Migration said in a joint statement on Friday.

“When you have numbers of people backing up at any one of these points, you have a problem with insufficient accommodation and that as we head into winter is a serious, serious worry,” Adrian Edwards, spokesman for UNHCR said, calling Balkan countries to expand their shelter capacity.

The agencies also warned that the measures could increase smuggling and the number of fake Syrian travel documents on the black market.

Simon Missirim Europe director for the International Federation of Red Cross and Red Crescent Societies, also warned of the threat of plunging temperatures.

“Winter looks set to arrive in the next few days, putting lives at risk”, he said.

Meanwhile, Macedonia defended its actions, warning the European Union not to treat it as a “buffer zone”.

Macedonian Prime Minister Nikola Gruevski visited Hungary on Friday to hold discussions about Budapest’s response to the refugee crisis – Hungary built a 3.5 meter wall to close off its southern border to refugees.

“We talked about how Hungary has dealt with all of this, because it is obvious we face a period where we will have more serious challenges,” Gruevski told a news conference with Hungary’s right-wing prime minister, Viktor Orban.

Around 846,000 refugees have arrived in Europe this year. After arriving in Greece, refugees – most of them Syrians fleeing war – have sought passage to central Europe through western Balkan countries.