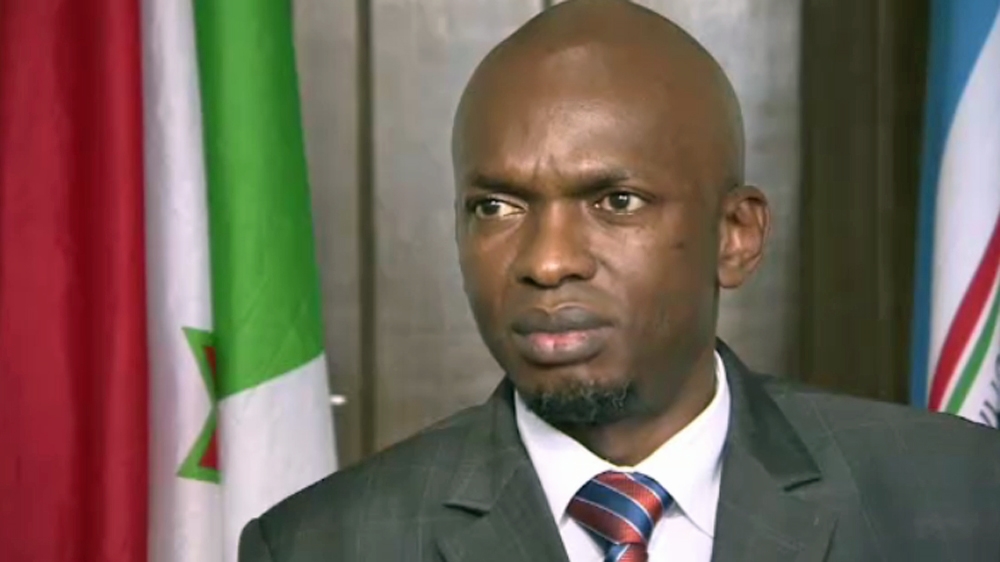 The European Union has decided to evacuate families of its staff from Burundi and former colonial power, Belgium has advised its nationals to leave after the UN warned the country was on the brink of “mass violence”.

An official told the AFP news agency that the decision has been taken after a new risk assessment that found the situation to be “clearly dangerous”.

Burundi descended into violence in April after President Pierre Nkurunziza launched a bid for a third consecutive term in office, despite concerns over the legality of such a move.

At least 240 people have been killed and more than 200,000 have fled the country since the opposition took to the streets to protest the incumbent’s refusal to give up power.

Q: Various human rights groups, the UN, African Union and others have raised concerns about the security situation in Burundi. There are worries that the violence we are seeing could escalate and take an ethnic turn. There are also fears that Burundi could be on the brink of a genocide. Are those concerns justified?

A: Every time you assess a situation, you need to remain reasonable. Some of the assessments, pronouncements and statements being made could actually inflame the situation and achieve the opposite of what was intended to be prevented.

We continue to believe in Burundi. We are a peace-loving nation despite all that we went through.

We have a few challenges but as you can see for yourself in this country, in this capital Bujumbura things are back to normal. Let’s keep things in the proper context.

We’re not saying we have no problems. Which country has no challenges?

Q: But what is really worrying people are inflammatory statements that have been issued by some political leaders in the recent past, statements that some say are very similar to those made during the Rwanda genocide of 1994?

A: One of the things that people have to look at is the way the aftermath of those statements have been handled.

The government has clarified some of those statements to make sure that people understand exactly what they meant and how they were completely taken out of context.

The senate president spoke, and I understand that some of the words used were considered strong but he talked to an audience composed of people from all ethnic groups.

He could not therefore have called one ethnic group to go and cleanse another in that setting.

But irrespective of words that might have been said or used, we are committed to human rights and are bound by our international obligations.

We will fight impunity; we have to fight impunity. That’s why those who will not tow the line – whether they are in uniform or not – will have to be brought to justice.

Q: What do you think is the solution to ending this violence? Are you open to political dialogue as proposed by the UN?

A: I think that all Burundians deserve to be included in any talks. It’s not a preserve of a few. Some people out there think dialogue is something that needs to be done only with radical opposition as we call them here.

Any talks need to be deeper, broader and bring on board all stake-holders, whether they are in the country or outside the country.

It’s quite important we understand that you cannot have a gun and then claim rights to be associated in dialogue. If you have chosen the way of violence, then you know exactly what to expect.

The UN Security Council resolution on Burundi calls for an inter-Burundian dialogue but also recognises the talks facilitation by [Burundi] President Yoweri Museveni as mandated by the East Africa community.

Q: But the East Africa community-mediated talks have not moved forward?

A: If you look around in Africa, tell me which country has gone through dialogue and finalised it overnight? It takes time

Q: But the talks seem stuck?

A: It’s not stuck. I completely reject that. Dialogue implies consultations and consultations take time. President Museveni is consulting us and we have already started the inter-Burundi dialogue here.

Why can’t we be optimistic that we’ll have a positive outcome?

Q: Let’s move on and talk about the so-called rebels in the country. Is the government fighting a growing rebellion?

A: Let those who want to open fire do that and the world will see. The world will see who is responsible for what. I would tell all the stakeholders to be careful and watch their move. Burundi is under serious watch.

Whether it’s government, opposition or whatever group you’re naming, we all have to be very careful. Lives of people are at stake; the stability of the region is at stake.

The stability of Burundi as a nation is also at stake, so people have to be very careful.

If anybody wants to resort to violence, let them take their own responsibility. But I can tell you, a day is coming. The day of reckoning will come sooner or later.

The post Q&A: ‘We continue to believe in Burundi’ appeared first on African Media Agency.