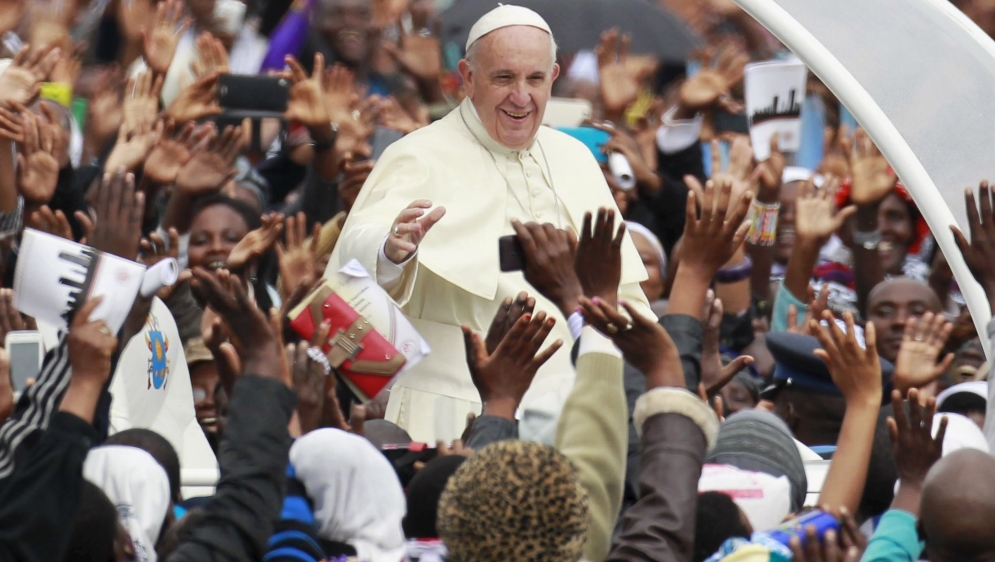 Pope Francis warned of a “catastrophic” outcome if vested interests block a binding agreement to tackle climate change at UN talks in Paris next week.

“In a few days, an important meeting on climate change will be held in Paris… It would be sad – and I dare say even catastrophic – were particular interests to prevail over the common good and lead to manipulating information in order to protect their own plans and projects,” the pontiff said on Thursday.

The 78-year-old pope has taken on a vocal role in the fight against climate change, injecting a moral voice into a debate usually dominated by scientific, economic, and political concerns.

“We are confronted with a choice which cannot be ignored: either to improve or to destroy the environment,” the pope said in a speech at the world headquarters of the UN Environment Programme in the Kenyan capital, Nairobi.

Although he did not go into further detail, Pope Francis has pointed the finger at big industry and blamed first-world countries for failing to act to curb global warming.

Francis, who is on his first visit to Africa, arrived in Kenya with a warning that the world was facing “a grave environmental crisis” as he began a landmark three-nation tour.

The pope’s comments were made just four days before the start of COP21 – a 12-day conference in the French capital that aims to secure a climate rescue pact.

More than 150 heads of state and government are due to attend the start of the conference, which wraps up on December 11.

Negotiators are tasked with sealing a deal that will cap average global warming at 2 degrees Celsius (3.6 degrees Fahrenheit) over pre-Industrial Revolution levels.

Scientists have warned of dangerous atmospheric changes if temperatures increase above 2 degrees C.