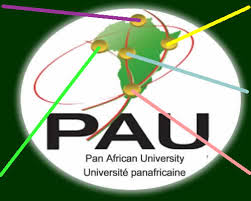 The Pan African University has graduated another batch of students at its Institute for Life and Earth Sciences (including Health and Agriculture) PAULESI, in Ibadan, Nigeria. The cohort of 20 graduated alongside students of the host University, the University of Ibadan, on Tuesday 17 November 2015. The students from eight African countries were awarded Masters Degrees in Environmental Management, Plant Breeding and Reproductive Health Sciences. The convocation ceremony was presided over by the Sultan of Sokoto, His Eminence Alhaji Muhammadu Sa’ad Abubakar III, who was also installed during the ceremony as new Chancellor of the University of Ibadan. Sultan Sa’ad Abubakar III applauded the quality of programs offered at the University of Ibadan and PAU, which he considered essential in building the proper foundation for social and economic development. He called for the diversification of research in Africa’s university systems to include research on peace and consensus building. The Vice President of the Federal Republic of Nigeria, H.E Professor Yemi Osinbajo, who delivered the convocation address on behalf of President Muhammadu Buhari, described the Pan African University initiative by the African Union as a success, whilst pledging Nigeria’s continuous commitment to the university. Vice President Osingbajo told the convocation gathering that Africa’s future depends on the creativity and character of its citizens to catch up with the evolving dynamics of globalization, growth and development. An African Union flagship program established to revitalize science, technology and innovation in Africa, the PAU graduated its first batch of students in November 2014 at its Institute for Basic Sciences, Technology and Innovation (PAUSTI), in Kenya. The latest batch of PAU graduates add to the growing pool of African scientists the university is building to make the continent’s higher education and research more attractive, globally competitive and locally relevant. *APO/AU]]>