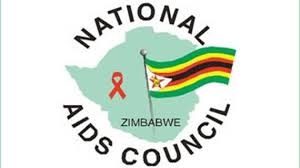 “Stigma, discrimination, lack of access to information and appropriate prevention measures aggravate the spread of HIV and AIDS,” says Samuel Matsikure, who participated in a dialogue on HIV in Zimbabwe held in July this year sponsored by Ecumenical HIV and AIDS Initiatives and Advocacy (EHAIA) of the World Council of Churches (WCC). Matsikure stresses that there is “an immense need to address policy and access to sexual and reproductive health and rights and HIV services in the public health system by key populations to encourage uptake of the services.” Matsikure works with the network called Gays and Lesbians of Zimbabwe (GALZ) in Harare. The GALZ, formed in 1990, advocate for the recognition and respect of lesbian, gay, bisexual, transgender and intersex (LGBTI) and their rights in Zimbabwe. According to UNAIDS reports, Zimbabwe’s HIV prevalence has gone down in the past 10 years from 25% to around 15%. This success of reducing HIV prevalence in Zimbabwe is credited to a multi-sectorial approach that involves key players in Zimbabwe such as members of the LGBTI community, faith-based organizations and other civil society actors. Churches in Zimbabwe have played a significant role in curbing HIV through provision of medical facilities such as hospitals and psychosocial support. Yet, Matsikure says that stigma and discrimination in churches is prevalent. “The LGBTI community is almost forgotten and silenced by the homophobia that is spewed by state and some religious leaders,” he adds. Such stigma attached to HIV has been addressed by the International Network of Religious Leaders Living with or Personally Affected by HIV or AIDS (INERELA+) in Zimbabwe and beyond. A partner network of the EHAIA, INERELA+ engages LGBTI communities to work on issue of HIV and AIDS through holding discussions on the needs of LGBTI, while collaborating with GALZ. Speaking about the dialogue on HIV in Zimbabwe, Matsikure shares that while “some religious leaders appeared uninformed about the needs of LGBTI community, some were well-versed on the issue. The event created an opportunity for us to dialogue and be open toward understanding of LGBTI issues and their connection with HIV.” Matsikure went on to say that books on HIV published by EHAIA distributed at the event were very helpful in understanding issues about sexuality especially in context of pre and post-colonial Zimbabwe. “The dialogue about churches’ competence in addressing HIV informed the church leadership about their role in curbing the pandemic. The leadership’s desire to end HIV has given the LGBTI community an opportunity to address homophobia,” he said. As the next International Conference on AIDS and STI’s [sexually transmitted infections] in Africa is planned in Zimbabwe this year, the event aims to allow further involvement of all key players including the LGBTI community and religious leaders in addressing HIV. “We live in faith and hope for acceptance. We, being people of faith and spirituality, are looking forward to more support from churches to address HIV,” concluded Matsikure. *APO]]>