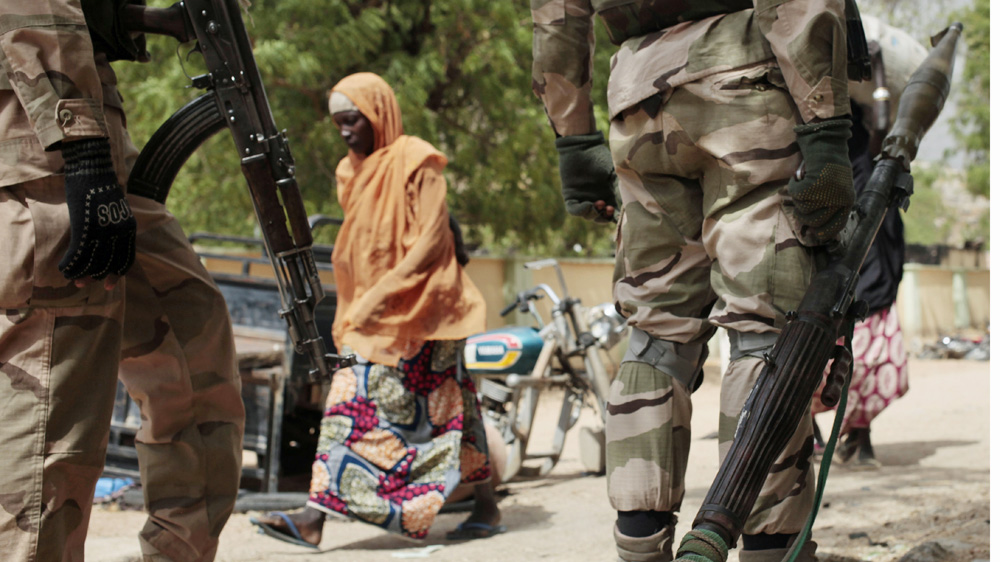 Nigeria’s president has ordered the arrest of the former national security adviser for allegedly stealing more than $2bn meant to purchase weapons for the military to fight the armed group Boko Haram.

“Thousands of needless Nigerian deaths would have been avoided” if the money had been properly spent, Femi Adesina, an adviser to President Muhammadu Buhari, said in a statement on Tuesday.

It accused Sambo Dasuki, a key adviser to former president Goodluck Jonathan, of awarding “phantom contracts” to buy 12 helicopters, four fighter jets, and bombs and ammunition worth $2bn that never were supplied.

Dasuki also got the Central Bank to transfer $142.6m to a company with accounts in the United States, the United Kingdom, and in West Africa for unknown purposes and without contracts, Adesina alleged.

Dasuki denied any wrongdoing in an interview Tuesday night with the PR Nigeria news agency.

He said he was proud that in the final months under his watch Nigeria’s military ousted Boko Haram from a large swath of territory it had seized in northeast Nigeria.

The State Security Service has kept Dasuki under house arrest for more than a week despite a Federal High Court order allowing him to travel abroad for medical care. The court granted Dasuki bail after he pleaded innocent to other charges of money-laundering involving more than $423,000 found in cash, and illegal possession of arms seized at two of his homes.

Tuesday’s development follows an interim report by a presidential committee investigating arms procurement, part of the fight against Nigeria’s endemic corruption that Buhari has waged since taking office in May.

Dasuki, 60, had usurped the role of the Ministry of Defence in procuring weapons. He was called before a Senate committee last year to explain South Africa’s seizure of $9.3m in cash from a private Nigerian jet that landed in Johannesburg, and a $5.7m bank transfer that South Africa said involved an illegal arms deal.

Dasuki said the deals were legitimate.

Meanwhile, at least 32 people were killed and dozens wounded in a blast at a market in the northeastern Nigerian city of Yola on Tuesday. There was no immediate claim of responsibility.