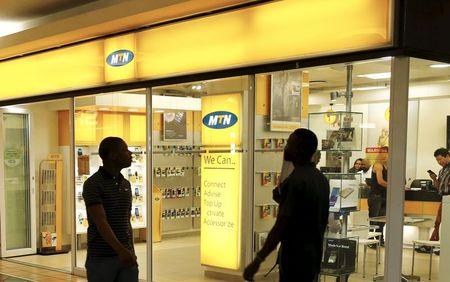 Nigeria does not want MTN to quit the country because of a $5.2 billion fine imposed last month, its new communications minister said, suggesting the African mobile phone giant may have found a sympathetic ear in its bid to reduce the penalty.

The deadline for paying falls on Monday with little clarity as to whether the South Africa-listed company can, or will, pay the fine imposed by the Nigerian Communications Commission for failing to cut off 5.2 million unregistered SIM cards.

“A judgment has been given, as it were, and the period for enforcement has not yet passed,” Adebayo Shittu, who was sworn in as communications minister this week, told Reuters in an interview.

The fine – if fully enforced – amounts to more than the past two years of profit for MTN in its biggest market, but Shittu said it should not jeopardise the company’s future in Africa’s most populous nation and largest economy.

“Nobody wants MTN to die. Nobody wants MTN to shut down,” he said. The fine is based on $1,000 per outstanding unregistered SIM card, as stipulated by Nigerian telecommunications laws, although most analysts expect some sort of a reduction.

Nigeria accounts for 37 percent of revenues for MTN, which operates in more than 20 countries in Africa and the Middle East. Since the announcement of the fine, its shares have lost nearly 25 percent of their value.

The company has sent top executives to Abuja to try to negotiate a way out, and Shittu stressed the ball remained in MTN’s court. When asked to comment on the progress of the talks, he said there was “nothing before me”. “If any new thing would happen, there must be initiative from concerned quarters,” he said. “It is up to MTN.” The fine has the potential to escalate into a trade or diplomatic spat with South Africa, the continent’s other pre-eminent economic heavyweight, although Pretoria has so far played down the risk of wider fallout. [nL8N1302ZW]

When asked about the consequences of non-payment, Shittu said the law would be followed. He did not give details but insisted: “We don’t want them to leave.”

Nigeria has been pushing telecom operators to verify the identity of subscribers due to concerns that unregistered SIM cards are being used for criminal activity or even by Boko Haram militants waging an Islamist insurgency in the northeast.

Speaking to Reuters about his plans for the sector, Shittu said he thought telecoms were key to helping President Muhammadu Buhari’s goal of diversifying the economy away from oil.

Africa’s biggest crude producer has been hammered by the drop in global crude prices and growth in gross domestic product more than halved in the second quarter compared with the same period in 2014.

Shittu said telecoms provided a quicker avenue for new growth than agriculture, another sector the government wants to expand.