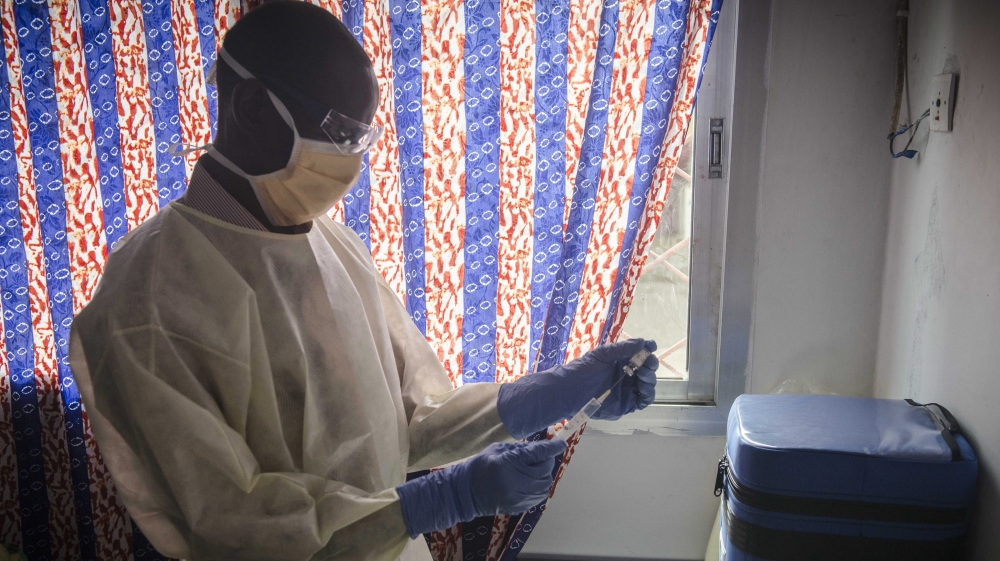 A new case of Ebola has been identified in Liberia, a country declared free of the deadly disease in September, health officials have said.

The patient, a 10-year-old boy in Paynesville, a suburb east of the capital Monrovia, felt sick on November 14 and was hospitalised three days later, Bruce Aylward, the head of the World Health Organization’s (WHO) Ebola response, told journalists in Geneva on Friday.

Heath officials are still investigating the origins of the new case.

“The child has no known history of contact with a survivor or having been at a funeral [where an Ebola victim was buried],” said Aylward, referring to the fact that secretions from the corpses of those who died from the virus are highly contagious.

“I’m sure that, as we start to move forward, we will see more clarity,” the official added, stressing that Liberia’s emergency response system has improved considerably since the initial outbreak of the virus that wreaked havoc across parts of West Africa.

Two of the boy’s siblings have reported feeling ill over the past two days, raising concerns that they may have also contracted the deadly haemorrhagic fever.

“His father and mother had transient illnesses in the past few weeks, so obviously that could be one of the lines of transmission,” Aylward added.

Related: Sierra Leone is Ebola free but a legacy of fear remains

Since the beginning of the outbreak, Liberia has registered more than 10,600 cases and 4,808 deaths, according to the latest report from the UN health agency published earlier this week.

Liberia was declared free of Ebola on September 3, while a handful of cases remain in Guinea. Sierra Leone, meanwhile, was said to have beaten the virus this month.

The 42-day countdown to be declared Ebola-free starts when the last patient tests negative a second time, normally 48 hours after their first negative test.

Ebola has killed more than 11,300 people in Sierra Leone, Liberia and Guinea since the epidemic was announced in March 2014 and about 28,500 were infected, according to WHO data. Sierra Leone’s death toll was 3,955.