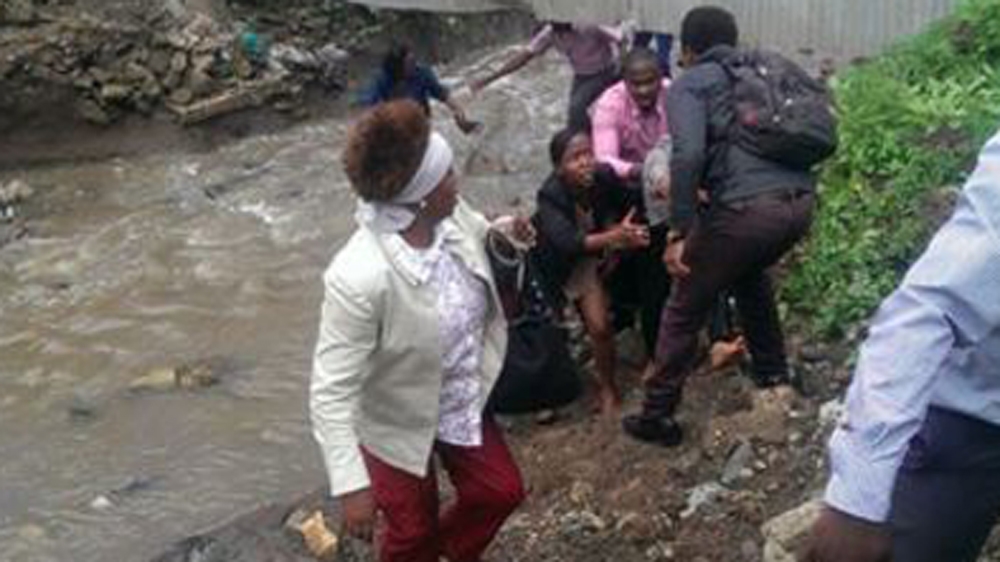 A security drill at a Nairobi university has caused mass panic among staff and students after security forces used what many thought was live ammunition to stage a pretend attack on the school.

Social media went into overdrive on Monday afternoon as security forces simulated an attack against Strathmore University’s Madaraka campus in the Kenyan capital – with many believing the incident was real.

A number of students from Strathmore were injured on Monday when they attempted to flee from the school – with the Kenyan Red Cross confirming that at least two patients were hospitalised.

Their condition is unknown, but the AFP news agency reported that at least one of the wounded was in critical condition.

Local media reported that some people jumped from the third storey of a building to flee what they thought was an attack on the campus, while photographs showed others perched on the ledges of a building.

The drill comes just months after the al-Shabab armed group staged an attack against Garissa University in Kenya’s east, killing at least 147 students.

Students reported hearing a number of gunshots during the incident, but it is not known whether the gunshots were from live ammunition, or blanks.

In a statement provided to Al Jazeera, the university said that prior training had been provided to teams of security marshals, comprising students and staff.

“This simulation was aimed at testing the preparedness of the university community and emergency team in the event of an attack,” the statement said.

“Unfortunately some students and staff panicked and got injured. The university has assured all the students, parents and stakeholders that the situation is under control and normal operations have resumed.”

The statement added that the university started an “intensive assessment of key lessons learned during this simulation” and said that the medical expenses of those injured would be catered for.

Students and others in Kenya, however, voiced their anger on Twitter, saying that the university had failed to provide adequate warning.

“It’s terrifying when you see your fellow classmates jumping from 3rd floor and there is nothing you can do,” one user wrote.

“That was not a drill, that was a terror attack at #Strathmore. A terror attack carried out by Strathmore University upon it’s students,” wrote another.

With reporting by Mark Worley in Doha