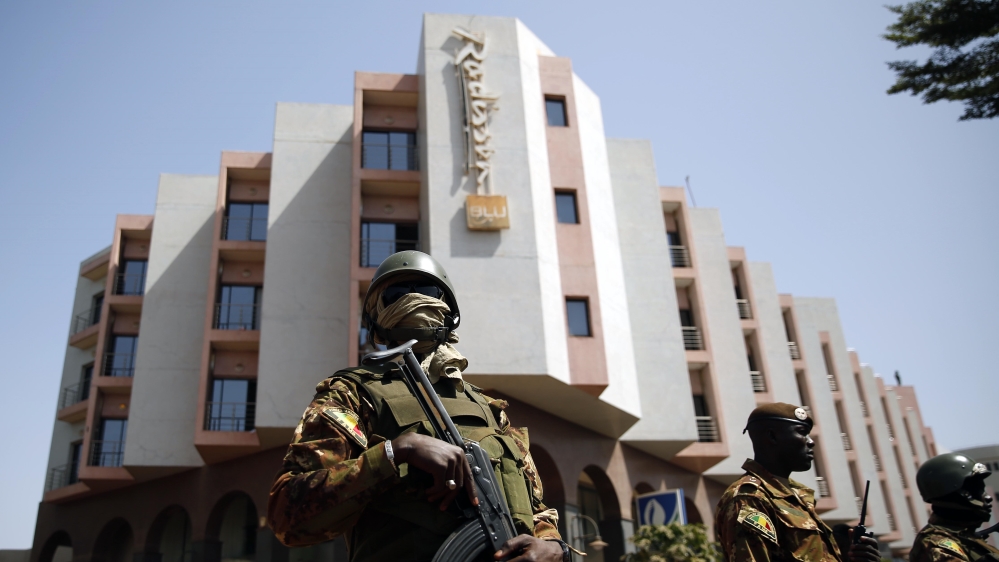 Two people suspected of having links to a siege at a luxury hotel in Mali’s capital Bamako earlier this month have been arrested, the country’s security ministry has said.

Amadou Sangho, a spokesman for the ministry, confirmed the arrests on Thursday, but did not reveal the identities and the alleged roles of the suspects in the attack on the Radisson Blu hotel.

A source close to the investigation told the Reuters news agency that the suspects had been brought in for interrogation, based on information found on one of the attacker’s mobile phones.

One of them had been regularly in touch since August, while another sent telephone credit to an attacker, he said.

Armed men held 170 guests and staff in a siege that lasted about nine hours last Friday before Malian and international forces stormed the hotel.

Twenty people were killed, including 14 foreigners, along with two attackers, while nine people were wounded.

Security Minister Salif Traore said on Thursday that there were only two attackers armed with AK-47 assault rifles.

“They opened fire from the entrance of the hotel, in the lobby, the restaurant, various corridors. They fired on people indiscriminately,” he told the country’s parliament.

The al-Murabitoun group, an al-Qaeda affiliate led by Algerian Mokhtar Belmokhtar, claimed on Friday it was behind the deadly raid.

Two days later, another armed group from central Mali, the Macina Liberation Front (LWF), also claimed responsibility, saying it was carried out by a squad of five, including “three who came out safe and sound”.