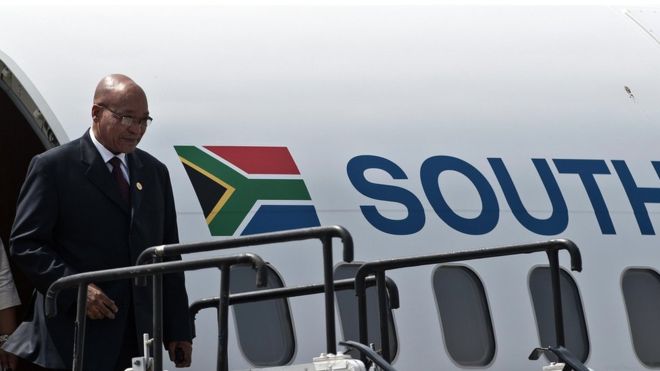 In our series of letters from African journalists, Ghanaian writer and former government minister Elizabeth Ohene looks at the uproar presidential jets cause in Africa, following reports that South Africa plans to buy a new one.

I am not quite sure why the purchase of presidential jets for African leaders attracts such negative reactions from everybody. I wonder if it has anything to do with luxury in the air, as opulence of the most absurd levels appear tolerable on firm ground. Private jets are probably the ultimate in self-indulgence. To acquire one is a sign that you have attained a particularly exclusive status. Never again would you have to wait for scheduled flights or spend hours at airports. Never again would you need to be away from your base for a week when you attend a two-day conference because commercial flight schedules are the way they are. Saving time is the best excuse for buying a private jet. Executive time, after all, is expensive or is presumed to be expensive. But then a private jet wouldn’t be a private jet unless and until it has been customized to include grand bedrooms, bathrooms with gold washbasins as standard features, and sitting arrangements reconfigured to ensure there are comfortable armchairs and sofas. It must cost twice the original price of the jet. When Microsoft founder Bill Gates flies around the world doing good in his private jet, nobody begrudges him; he has a demanding schedule, he has made his own money and he deserves to travel in style. But when charismatic church leaders in Nigeria insist that luxury private jets must be part of their lifestyle, people are not quite sure. If you are a poor country, or simply an African country and you want to buy an aeroplane for the exclusive use of your president, then you have crossed some imaginary line. You are beyond the pale – the type that watches children die. [caption id="attachment_22544" align="alignright" width="624"] 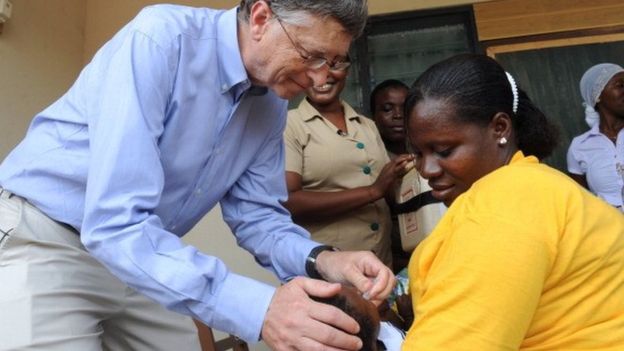 Bill Gates has funded health and development programmes in Africa – no-one begrudges his private jet[/caption] I wonder if the outrage that greets every news about the purchase of a presidential jet would be less if the announcement said that a rugged, utility plane with an austere interior was being purchased? When Swaziland’s King Mswati set off a huge controversy earlier this year for wanting to buy a new plane, I wonder if it would have been more tolerable if the plane were not to have a gold-plated royal lavatory fitted into it? Malawi’s former President Joyce Banda was highly praised when she sold off the presidential jet and famously announced she would be hitching rides with other leaders when she travels. Her successor, Peter Mutharika, is not going to be very popular with Malawi’s donors when he keeps saying he is spending too much time waiting at airports and should acquire a plane. Malawi executive time is not likely to be quite as expensive as Malaysia executive time. Executive time is as expensive as the gross domestic product of the country being managed.

In the past week, South Africa’s President Jacob Zuma has been the subject of much vitriol when news emerged that a new luxury plane was being sought by the state-owned defence company to add to the current VVIP fleet. Mr Zuma’s palatial extensions will be forgiven, the state might continue to keep his many wives in style but a new luxury plane won’t be tolerated. And I must make a confession here. I have had a ride in a private jet belonging to a rich businessman, in Ghana’s presidential jet, and in one of the jets in the Nigerian presidential fleet. What will new South Africa jet be like? Source: South African media At the time, what passed for the presidential jet here in Ghana could hardly pass the luxury test; most airlines have more luxurious business class seating than that plane. But it saved time and made it possible to undertake certain trips that could not have been done if you had to rely on scheduled flights. The home of the businessman I refer to was far, far more luxurious than his plane, but it was always the private jet that attracted the comments. I think there is something about luxury in the air that offends the sensibility of people. This must be why private cars don’t attract the same opprobrium as private jets. It seems to me they perform the same function and you need the same excuses to buy them as you do to buy a private jet – you save time and you arrive at your destination in a better state than if you were squeezed into an overcrowded train or bus. So, every time I now get into my car, I am going to make sure I remind myself that this is my own private jet on our potholed streets. *Source BBC  ]]>