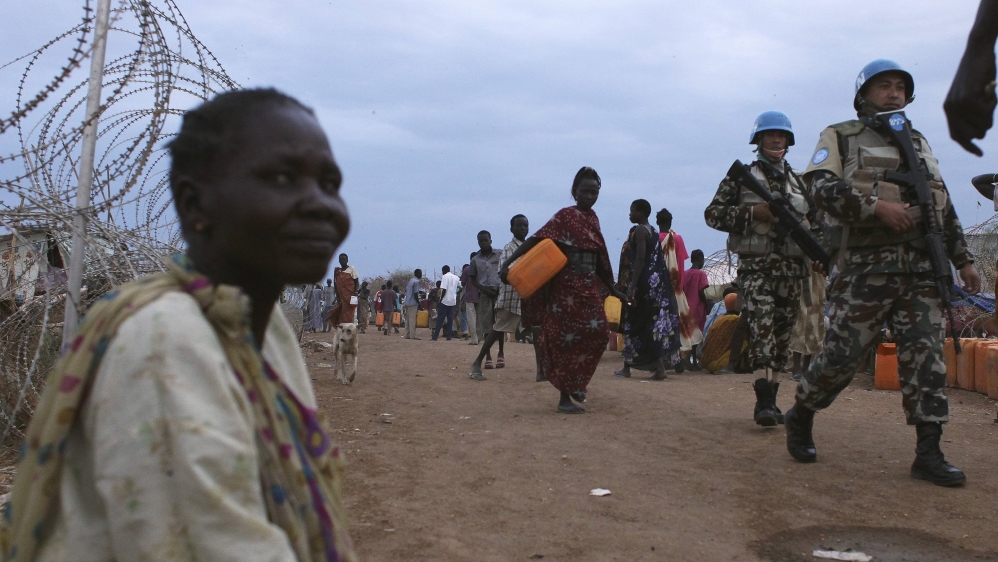 Rebel fighters in South Sudan have released 13 United Nations workers who were held hostage for a week, the UN has said.

Around 100 rebel fighters, who have been battling the government for almost two years, seized 31 members of the UN peacekeeping mission in South Sudan (UNMISS) last week.

While 18 Bangladeshi peacekeepers were freed soon after their capture, the 13 remaining UN workers – all South Sudanese nationals – were released by the rebels on Sunday, UNMISS said on Monday.

The UN had last week said that only 12 were still being held. However, it said 13 were released on Sunday.

The rebels had captured the men after seizing a UN barge carrying fuel along the Nile River.

While the barge was also given back, the UN said that rebels had stolen the 55,000 litres of fuel it was carrying, as well as communications equipment, an inflatable boat and seven weapons.

UN chief in South Sudan Ellen Margrethe Loj said she was “relieved by the safe release of all UN personnel.”

She had previously warned that the kidnap “may constitute a war crime”.

Some 12,500 peacekeepers are deployed in South Sudan, which has been wracked by conflict since late 2013.

A political row between South Sudan’s President Salva Kiir and his former deputy Riek Machar erupted into violence in December 2013.

Tens of thousands of people have been killed, and UN-backed experts have warned of the “concrete risk of famine” before the end of the year, if fighting continues and aid does not reach the hardest hit areas.

Both sides are accused of having perpetrated ethnic massacres, as well as recruiting and killing children and carrying out widespread rape, torture and forced displacement of populations to “cleanse” areas of their opponents.

Some 3.9 million people are in crisis – a third of the country’s population – a massive 80 percent rise compared to the same period last year, the UN said.

The army and rebels have repeatedly accused each other of breaking an August 26 internationally-brokered ceasefire, the eighth such agreement aimed at ending the nearly two-year long war.