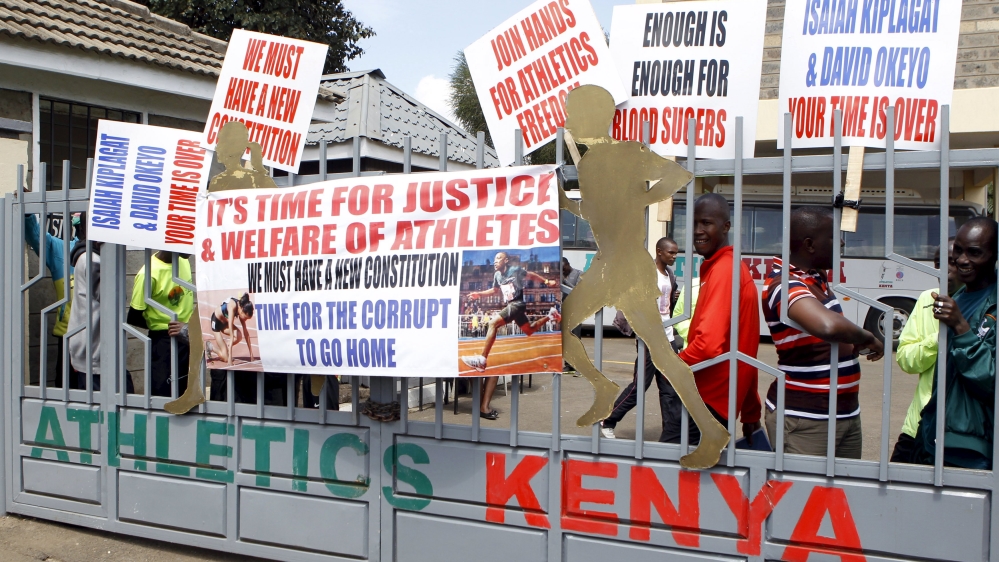 Three leading Kenyan athletics officials have been suspended by the ethics commission of athletics’ governing body, the IAAF, over corruption allegations and the “potential subversion of the anti-doping control process” in the country.

Athletics Kenya President Isaiah Kiplagat, Vice-President David Okeyo and 2015 world championships team leader Joseph Kinyua have been suspended for 180 days “in the interests of the integrity of the sport”, the commission said in a statement on Monday.

In the latest scandal to envelop a beleaguered sport, the trio from one of the world’s most successful athletics nations also face accusations that they were involved in “the potential improper diversion from Athletics Kenya of funds received from Nike”.

The IAAF also said a prima facie case had “also been found to exist in respect of Mr Kiplagat in relation to receipt, personally or by Athletics Kenya, of an apparent gift of two motor vehicles” from the Qatar Athletics Federation in 2014-15.

The ethics commission stressed that the suspensions were provisional and “in no way” prejudged the outcome of the investigation to be carried out by barrister Sharad Rao.

The trio would remain presumed innocent until the outcome of the investigation, it added.

Kenyan athletics has been thrown into turmoil recently as the accusations against the trio have surfaced, prompting anger within the athletics community there and vehement denials from the officials.

Dozens of Kenyan athletes stormed the AK headquarters in Nairobi last Monday, locking out officials and demanding that senior officials step down.

Last Friday, the country under close scrutiny from anti-doping bodies after a series of doping cases banned seven more athletes, raising the total number of Kenyan doping cases in the last three years to 40.