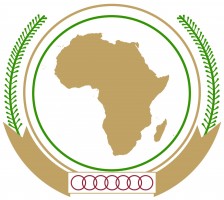 The African Union Commission (AUC) and the African Minerals Development Centre hosted today the Africa launch of a new global programme to support small-scale miners, public institutions, and communities operating in the low value minerals and materials (LVMM) sector. The ACP-EU Development Minerals Programme is an initiative by the African, Caribbean, and Pacific (ACP) Group of States, coordinated by the ACP Secretariat, financed by the European Union (EU) and United Nations Development Programme (UNDP), and implemented by UNDP. Africa’s strong economic growth, infrastructure boom, and rapid urbanisation are driving the demand of construction materials, dimension stones, industrial minerals and semi-precious stones. Estimates indicate that more than 8 million Africans are engaged in the sector, with women making up more than 40 percent of the workforce. “The African Mining Vision (AMV) represents the main continental vision of translating Africa’s mineral resources for economic growth and structural transformation of mining economies. It is noteworthy that Africa as a continent has been under-represented in mineral contributions to global value-chain output, specifically, its economic share in downstream mineral value addition”, said H. E. Mrs. Fatima Haram Acyl, Commissioner for Trade and Industry, on behalf of H.E Erastus Mwencha, Deputy Chairperson of the AUC. The Commissioner underlined that the AU’s Agenda 2063 sets a vision to “optimize the use of Africa’s resources to benefit all Africans.” The AMV adopted by the AU Heads of State in 2009, aims to harness the potential of artisanal and small scale mining to encourage local entrepreneurship and enhance socio-economic development. Yet, historically, little attention has been given to the LVMM sector and, particularly, to how it could be a sustainable activity. As a result, many LVMM policies are poorly designed or implemented, while miners lack access to the rights, financial services, market information, and technology they need. Pollution and land degradation resulting from small scale mining have also not been addressed. While so called ‘low value minerals’ may not generate the same attention as precious metals or base metals, their value lies in their potential to be minerals of development, boosting the livelihoods of millions people. With greater attention, policy support and regulatory oversight, LVMM could play a key role in driving Africa’s inclusive growth agenda. “Many ACP countries, African countries, have adopted policies, legislation and regulatory frameworks that place the LVMM subsector at the centre stage of development,” said H.E. Dr. Patrick I. Gomes, the Secretary General of the ACP Group of States. “These natural resources have the potential to increase income of vulnerable populations, create jobs for millions of people at the local level, and stimulate intra-Africa trade.” In Ethiopia, the cobblestone project, aimed to promote usage of local materials and community participation, has created 489,000 jobs and more than 2,202 kilometers of roads in 140 cities over the past five years, and in Angola, infrastructure-led spending reduced unemployment from 35 percent in 2006 to 26 percent in 2014. In this context, the ACP-EU Development Minerals Programme, aims to support the capacity development of key stakeholders in the sector such as regulatory agencies and local governments; private stakeholders including small-scale mining enterprises,  construction companies, mining and quarrying associations; as well as training centres, universities, civil society organizations and community groups. “Developing national capacity to better manage mineral resources and process them locally will enable African countries to channel their mineral wealth into reducing poverty, creating employment and increasing investments in infrastructure development for enhanced service delivery,” said Lebogang Motlana, Director of UNDP’s Regional Service Centre for Africa. “This will ultimately contribute to sustaining the higher level equitable development trajectory that  ensures  that no-one is left behind.” The new programme will focus on training and capacity building,  small grants and partnership development for upgrading value chains in LVMM, organization of public-private dialogues to strengthen these value chains, production of maps and databases on low-value minerals, and support to strengthening of regulations on environment, health and safety. “Creating shared welfare at local levels, calls for stronger partnerships,” noted Ambassador Gary Quince, Head of EU Delegation to the AU. “At the EU, we are proud to be part of this new programme which can help to boost inclusive and sustainable development, as well as resilient economic growth.” The new, regional initiative is part of an €13.1 million, three-year global programme which aims to support the LVMM sector in 40 countries in Africa, the Caribbean and the Pacific by promoting knowledge exchange to increase the sector’s productivity, helping to manage mining operations to adhere to national and international environmental and health standards, and preventing conflict through effective community relations. It builds on UNDP’s broader work on extractives and it will be launched in the Pacific region in December 2015. The indicative African countries participating in the programme, include: Angola, Benin, Burkina Faso, Cameroon, Ethiopia, Guinea, Ghana, Kenya, Lesotho, Madagascar, Malawi, Mozambique, Niger, Nigeria, Senegal, Sierra Leone, Tanzania, Togo, Uganda, Zambia and Zimbabwe. *APO]]>