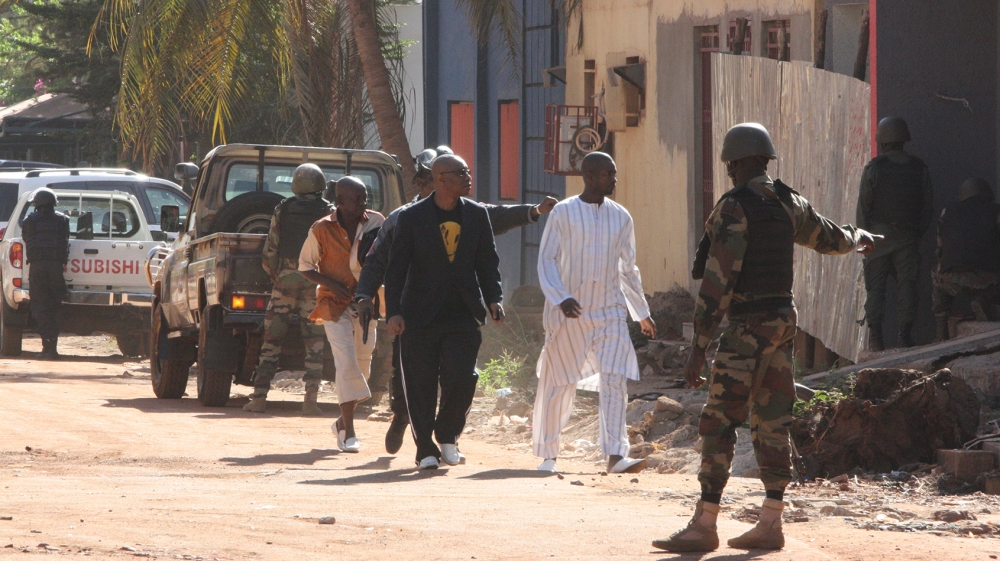 Gunmen attacked a five-star hotel in Mali’s capital Bamako on Friday and were holding 170 hostages.

Attackers shouting “Allahu Akbar” opened fire outside the Radisson Blu Hotel in the centre of the capital before storming it.

Speaking to Al Jazeera by phone from Bamako, business owner Garba Konate said a group of attackers showed up about 0700 GMT.

“About 10 gunmen arrived early in the morning and shot all the guards in front of the Radisson,” Konate said.

Another witness said he helped a wounded guard to safety.

“I started hearing gunshots coming from the hotel,” said Ibrahim, 28, who works at a cultural centre 40 metres away.

“Soon after I saw one of the guards running out, injured… The security guard told me the shooters were so quick that he doesn’t even know how many came in,” he told Al Jazeera.

Automatic weapon fire could be heard from outside the 190-room hotel where security forces set up a security cordon.

Witnesses said several hostages were released by the attackers after reciting versus from the Quran.

Idrissa Sangare, a local journalist at the scene, told Al Jazeera UN forces and Malian troops were working together in front of the hotel.

“We don’t know who carried out the attack because the operation is still going on,” Sangare said.

UN officials were having a function at the hotel, he reported.

The hotel’s owner said it was “aware of the hostage-taking that is ongoing at the property today … As per our information, two persons have locked in 140 guests and 30 employees,” the company said in a statement.

Both the US and French embassies told their citizens to take cover and stay indoors.

The shooting follows a 24-hour siege of hostage-takers at another hotel in August in the central Malian town of Sevare.

Four soldiers, five UN workers, and four attackers were killed in that attack.

Armed groups have continued to wage attacks in Mali despite a June peace deal between former Tuareg rebels in the north of the country and rival pro-government armed groups.

Northern Mali fell in March-April 2012 to al-Qaeda-linked groups long concentrated in the area, before being removed by a French-led military operation launched in January 2013.

Despite the peace deal, large swathes of Mali remain beyond the control of government and foreign forces.