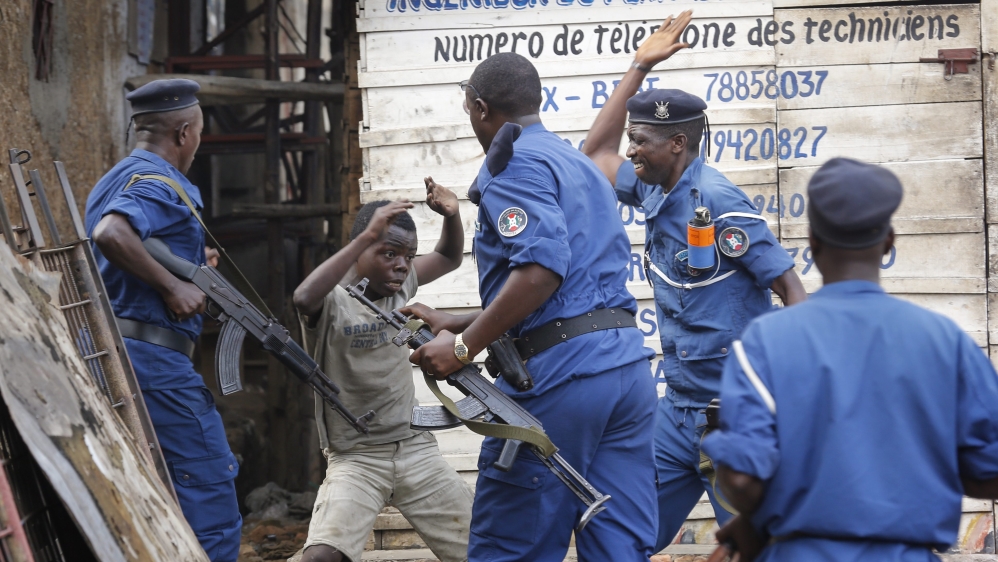 France presented a draft resolution to the UN Security Council aimed at toughening the international response to an outbreak of violence in Burundi, but the foreign minister rejected the move and announced “the country was calm”.

The measure threatens targeted sanctions against Burundian leaders who incite attacks or hamper efforts to end the crisis that followed protests over President Pierre Nkurunziza’s election for a third term.

“We must face the reality: If we let the tensions escalate without doing anything, the whole country could explode,” he warned.

Burundi has been rocked by violence since Nkurunziza launched the controversial bid to prolong his term in office in April, with more than 200,000 people fleeing the country.

At least 240 people have been killed since then, “with bodies dumped on the streets on an almost nightly basis”, UN High Commissioner for Human Rights Zeid Raad al-Hussein told the council on Monday.

Burundi’s civil war from 1993 to 2006 left about 300,000 people dead as rebels from the majority Hutu people clashed with an army dominated by the minority Tutsis.

On Monday, two people were killed and a policeman wounded in gun battles in Bujumbura, just days after a UN employee was among nine people killed at a bar by armed men in police uniform.

France’s draft calls on the government and all sides to “reject any kind of violence” and condemned the killings, torture, arbitrary arrests and other rights violations in Burundi.

The UN Security Council could vote on the draft in the coming days.

At an emergency meeting called by France, Burundi’s Foreign Minister Alain Aime Nyamitwe said the “country was calm” except in some areas of Burundi’s capital, Bujumbura, where “small groups of criminals are active”.

“Burundi is not burning,” said Nyamitwe, speaking by video conference from Bujumbura.

The foreign minister urged the Security Council not to resort to sanctions, calling them “ineffective”. He said the government was holding a dialogue with the opposition, as demanded by the United Nations.

Russian Deputy Ambassador Petr Iliichev said sanctions would not help ease the crisis. “We should find an approach that contributes to the political process,” he said.

The draft resolution calls on UN Secretary-General Ban Ki-moon to present options within 15 days on reinforcing the UN’s presence in Burundi.

Police launched a security operation in the capital’s opposition districts searching for weapons after an ultimatum to give up arms expired on Saturday.

Many residents of those districts have fled Bujumbura, nearly emptying areas that have seen some of the worst violence in recent months.