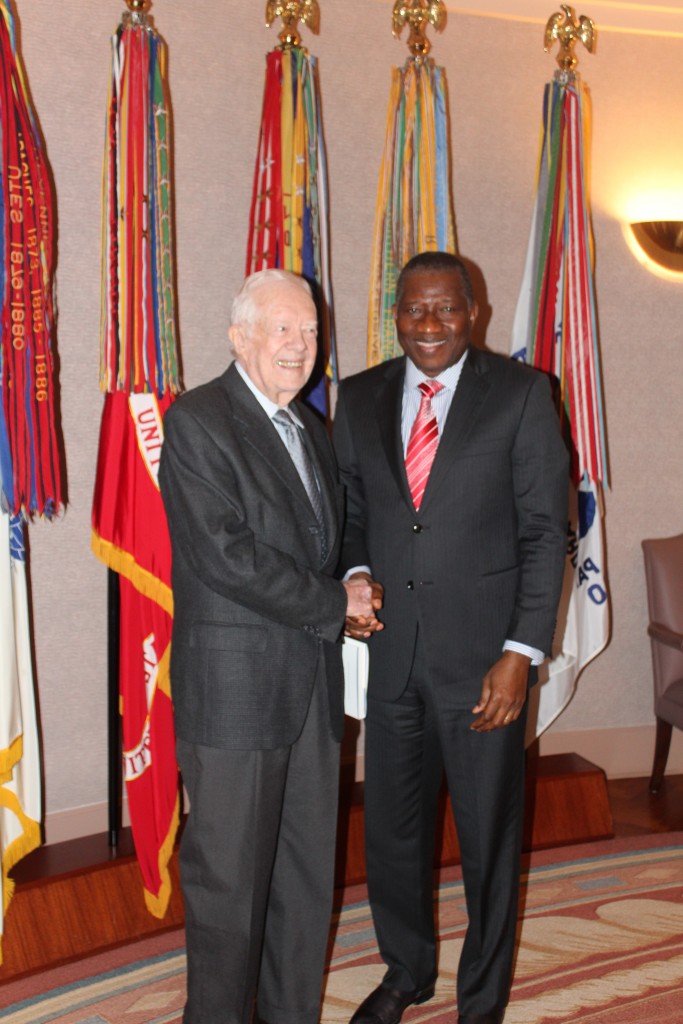 “President
Goodluck Jonathan is the symbol of democracy in action,”
said Jimmy Carter[/caption] Former United States President Jimmy Carter has poured encomiums on Nigeria’s former President Dr. Goodluck Ebele Jonathan, describing him as a symbol of democracy on the African continent. Carter, the 39th US President, stated this while receiving Jonathan yesterday at the Jimmy Carter Presidential Library and Museum located at the Carter Center in Atlanta.The two former Presidents had a fruitful meeting at the Carter Center with broad discussions on global issues and shared views on how to promote peace, democracy and good governance in Africa and the world. Speaking on Jonathan’s time in office, Carter said: “President Goodluck Jonathan is the symbol of democracy in action. You set an example that other African leaders should follow.” The former American President further praised Jonathan for organizing a transparent elections, easily conceding defeat and handing over to the opposition, stressing that by doing so Jonathan showed his deep commitment to democracy. . In response, Jonathan stated that his actions while in office were informed by his believe in a peaceful, transparent and people-oriented governance, adding that Africa can only move forward through democracy and good governance. Jonathan also commended President Carter for the exemplary manner he had led his post-presidential life, adding that he was inspired by Carter’s commitment to causes that advance the path of humanity. Jonathan and Carter share a common experience as one term Presidents and have both retired involuntarily from politics while rededicating their lives towards making the world a better place.They both agreed that peaceful and stable government increase foreign direct investment and sustainable development. [caption id="attachment_22504" align="alignright" width="586"] 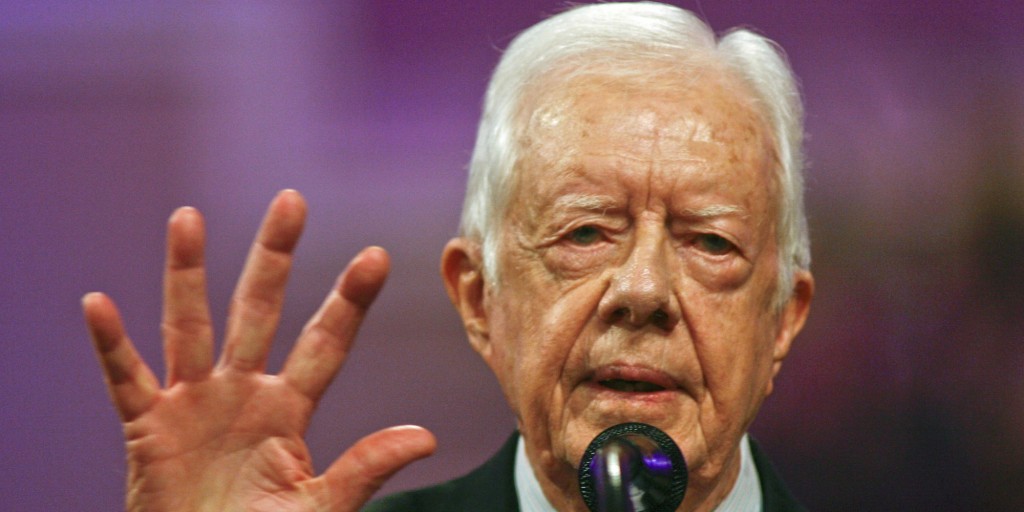 Jonathan set an example that other African leaders should follow said former US President Jimmy Carter[/caption] The Carter Center is a nongovernmental, not-for-profit organization  founded in 1982 by former U.S. President Jimmy Carter and his wife Rosalynn Carter and guided by a fundamental commitment to human rights and the alleviation of human suffering. It seeks to prevent and resolve conflicts, enhance freedom and democracy, and improve health. Former President Jonathan has been visiting many strategic pro-democracy institutions where he has been invited to share his experience in office as a promoter of democracy and advocate of good governance in Africa.He has so far been hosted by the Presidential Precinct in Virginia, John Kennedy School of Government, King Center as well as the Carter Center. While visiting the Presidential Precinct in Charlottesville, Virginia, last week, Jonathan assured the international community that African leaders were displaying more commitment to democracy and good governance, as a means of engendering sustainable development and improving the lives of the people. The Presidential Precinct, a foremost global institution designed to empower the next generation of leaders, is currently hosting Jonathan for his role in Nigeria’s smooth democratic transition, especially with the seamless handover of power from the ruling party to the opposition. [caption id="attachment_22505" align="alignleft" width="634"] 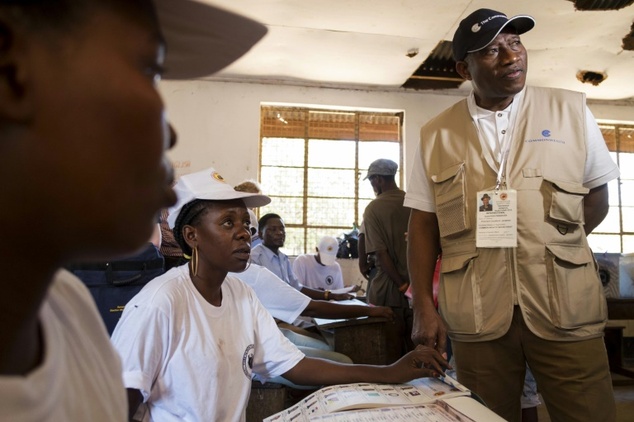 From President to Statesman,Former Nigerian president Goodluck Jonathan, heading a team of Commonwealth election observers, talks with workers at a polling station in Dar es Salaam on October 25, 2015, during the Tanzanian presidential election ©Daniel Hayduk (AFP[/caption] At the Presidential Precinct breakfast, President Jonathan was received by former Governor Jerry Baliles of Virginia and Francois Baird Chairman of the Presidential Precint Board. His hosts described him as a ‘Hero of Democracy’ in Africa, a nation builder and sustainer of true democratic principles and good governance. He is scheduled to speak a long side with former Assistant Secretary State on Africa Johnnie Carson about elections, peace and democracy at the National Democratic Institute, and Howard University in Washington DC]]>