ADDIS ABABA, Nov 11 (Reuters) – Ethiopian Airlines plans to place orders for at least 10 Airbus A350-900 aircraft in the next two years, in addition to the 14 already on order, its chief executive said on Wednesday. 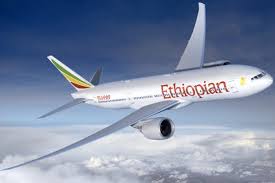 The state-owned carrier expects to receive one A350-900 jet in May out of the 14 that are slated for delivery in 2016-18, though the date might be brought forward to 2016-17, with talks currently taking place.

“This fleet (of Airbus A350-900), as a core fleet in our network, is going to grow,” Tewolde Gebremariam told Reuters.

“We haven’t been able to quantify the right numbers but definitely we are going to order more. At least more than 10,” he said.

The state-owned carrier is ranked the largest in Africa by revenue and profit by the International Air Transport Association (IATA), the global industry body.

Tewolde attributed the recent growth to a rise in passenger numbers and to expansion of maintenance, catering and aviation training services.

The Addis Ababa-based carrier currently has 77 planes, including 13 Boeing 787-8 Dreamliners. It has placed orders for 50 planes altogether, including six more Dreamliners.

The planned expansion of Airbus aircraft comes at a time when the shutdown of the U.S. Export-Import Bank raised concerns about Ethiopian Airlines’ ability to take delivery of Boeing jets already ordered.

In a letter dated Oct. 3, Tewolde told Boeing that uncertainty about the future of the bank had put Boeing “at a competitive disadvantage relative to manufacturers in other countries that continue to support their export credit agencies.”

On Wednesday, Tewolde said the impasse had already had an impact but dismissed fears the firm could cancel its planned orders for at least 10 777X aircraft and additional Dreamliners.

“It has affected one of our freighters – a freighter aircraft (Boeing) 777 which we took delivery in December. We had to find a bank to finance that. Fortunately we got one so we are okay,” he said.

The airline has targeted the growing trade ties between Asia and Africa in recent years, as well as that with Brazil by inaugurating flights to Rio de Janeiro.