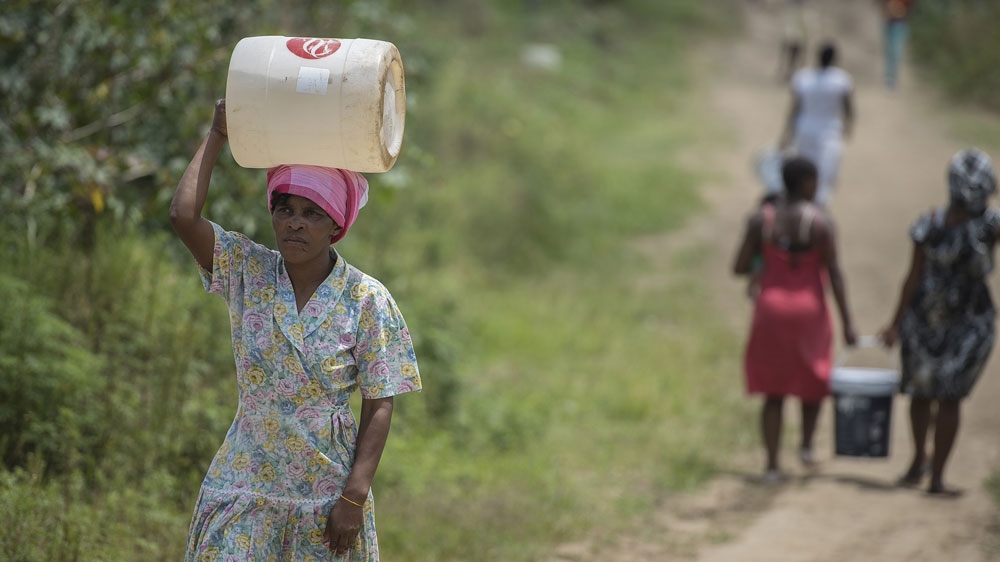 After one of the driest rainy seasons on record, South Africa is in the grip of a severe drought.

This has placed a strain on water supplies across the country, affecting 2.7 million households.

The hardest hit are those living in rural areas, where residents have to collect water in buckets once a day.

With the drought persisting, South Africa has now declared five of its nine provinces a drought disaster for agriculture.

The lack of rain has had a dramatic impact on crops. According to Senzeni Zokwana, the agriculture minister, the average maize yield has been the lowest since 2008.

South Africa has failed to produce enough to maize to export to neighbouring Botswana and Swaziland.

This means that not only will prices be forced to rise locally, but Zokwana claimed that if the drought persisted, it could become a regional disaster.

South Africa often suffers a drought during an El Nino event. El Nino is the natural warming of the surface temperatures of the Pacific Ocean, which occurs approximately every two to seven years.

The change in the ocean temperature has been seen to have a dramatic effect on the weather around the world.

The current El Nino event is one of the strongest on record, and is still strengthening.

This is not good news for the provinces of Northwest, Kwa-Zulu Natal and Mpumalanga, which are the worst hit by the drought.

In these provinces, the majority of the rain falls between October and March, but with El Nino expected to dominate the weather for the coming months, the prospect of decent rainfall looks slim.