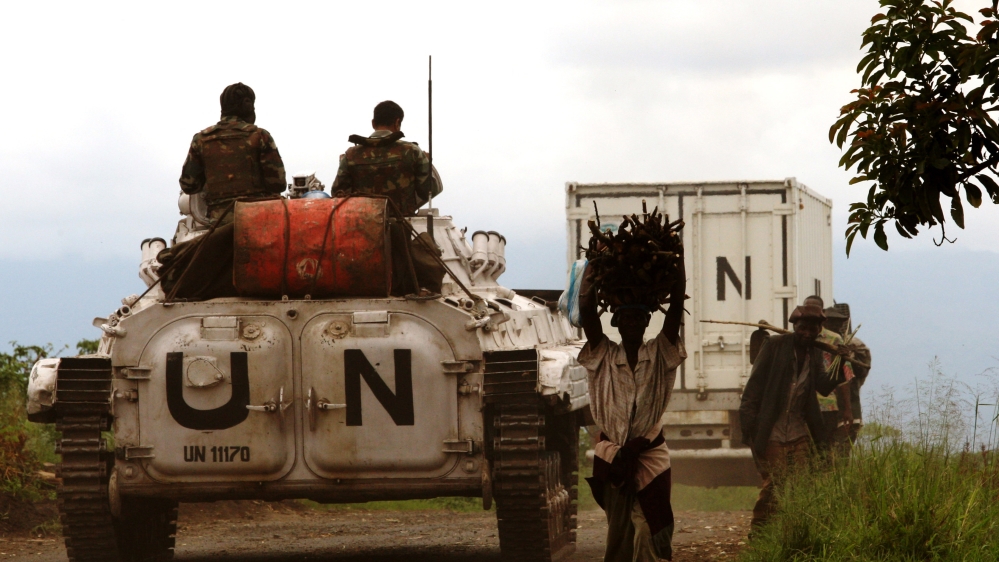 At least 25 people have been killed – including seven civilians hacked to death – in an overnight attack by the Ugandan rebels in an eastern town of Democratic Republic of Congo, according to the Congolese army.

Clashes broke out in Eringeti, 55 km north of the regional hub of Beni, when the rebels, known as Allied Democratic Forces (ADF), attacked a military headquarters on Sunday, according to the Center of Study for the Promotion of Peace, Democracy and Human Rights.

Four Congolese soldiers and at least 14 rebels were killed in the clashes, while seven civilians were hacked to death with machetes when a hospital was attacked, according to the UN DRC mission spokesperson Felix Basse.

The casualties included one UN peacekeeper, said the army which, in collaboration with the UN forces, has resumed its operation against the ADF that was launched in December 2014.

The rebels “attacked our positions at Eringeti and we repelled them all night”, said Lieutenant Mak Hazukay, a Congolese army spokesperson in the region.

The rebels have been active in the forested region since being driven out of their homeland in 1995.

The group first emerged in Uganda with the aim of toppling President Yoweri Museveni and has been accused of a series of killings which have claimed lives of over 450 civilians since October 2014.

The government has blamed the ADF for nearly all the attacks near Beni in the last year.

Its leader Jamil Mukulu was arrested in Tanzania in April and was extradited to Uganda three months later.