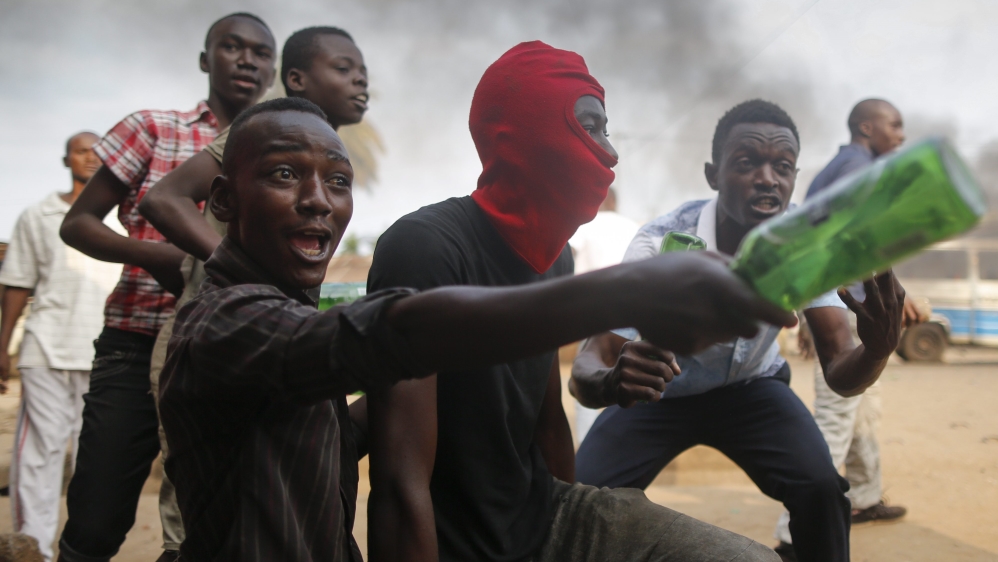 At least four people have been killed in shooting attacks and explosions in the capital of Burundi, according to witnesses and local officials.

The overnight attacks on Sunday in Bujumbura came despite a UN plea for both sides to end the violence and attend talks.

Attackers targeted a police post in the south of Bujumbura, killing one police officer and injuring another, a policeman, who witnessed the incident and did not wish to be named, said.

Freddy Mbonimpa, Bujumbura’s mayor and a member of President Pierre Nkurunziza’s CNDD-FDD party, said his home and vehicles parked there were seriously damaged when about 10 people attacked the house in Rohero, a part of Bujumbura that has seen little violence.

“Around 10 assailants … shot and threw grenades at my house. We fortunately registered no death because my guard responded,” Mbonimpa told Reuters news agency.

AFP news agency put the number of dead in the violence at six.

Burundi has been shaken by months of violence, which began when President Pierre Nkurunziza decided in April to run for a third term.

He won a disputed and widely boycotted election in July.

Last week, the UN Security Council asked Ban Ki-moon, the secretary-general, to report within 15 days on options for boosting the UN presence in Burundi amid growing concern that the violence could spiral into an ethnic conflict.

Scores have died in protests and killings and hundreds of thousands have fled Burundi since Nkurunziza said he would seek a third term, a move the opposition said violated the constitution and a peace treaty that ended fighting in 2005.