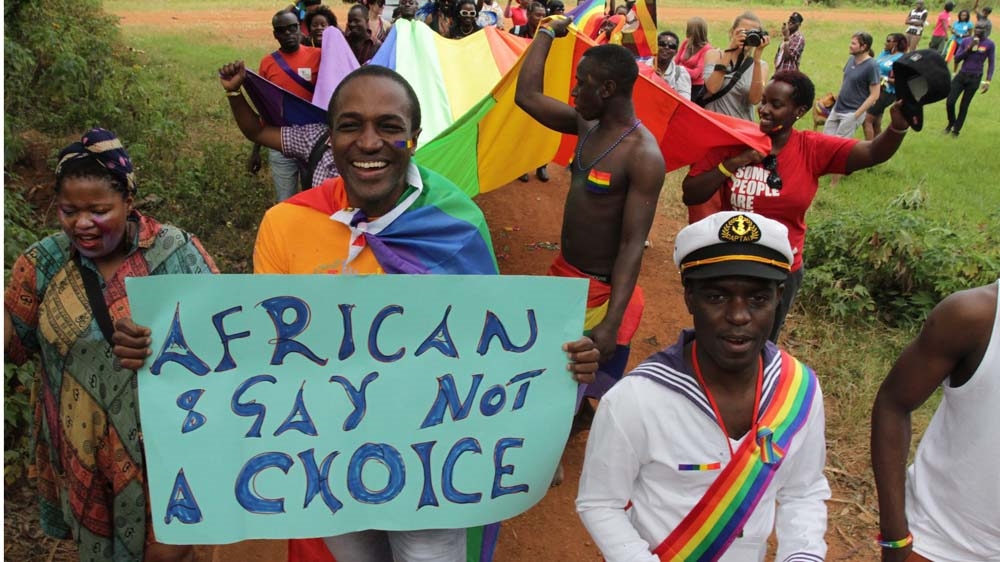 It is a weekend of anticipation for Uganda’s LGBTI community. For them, the doors of the church have long been closed. So when Pope Francis’ long-awaited first visit to Africa as leader of the Catholic Church brings him to Kampala on Friday, they hope that he comes bearing a message of tolerance after years of persecution, violence and, at times, death.

Homosexuality is illegal in Uganda under an archaic, colonial-era law. Last year, the country enacted an anti-gay bill, an early draft of which called for the death penalty for homosexual. The final version made them punishable by life in prison, although this was later overturned.

However,according to Sexual Minorities Uganda, a non-governmental umbrella organisation that defends the rights of Uganda’s LGBTI community, 96 percent of Ugandans believe homosexuality is unacceptable. Homophobia is deeply entrenched and widely accepted within the country.

It is an issue that has divided the more conservative African church leaders, eager to retain a rapidly growing Catholic population, and a seemingly progressive pontiff.

Frank Mugisha is one of Uganda’s most prominent LGBTI activists and the executive director of Sexual Minorities Uganda. A practising Catholic, he tells Al Jazeera’s Priyanka Gupta, that the pope’s visit has brought both hope and disappointment.

Al Jazeera: How does the Catholic Church treat the LGBTI community in Uganda?

Frank Mugisha: The Catholic Church in Uganda has been in alliance with all the other churches in condemning and discriminating against LGBTI persons. The language that preachers use and the anti-gay statements make people who are even in the closet feel discriminated against.

Church is a place for love, for refuge and for peace and support, but that support is not given to them. They feel they have been let down by the church a lot.

Ugandans are very Christian and very religious. Eighty percent of our population is Christian. If you belong to the society, you need to belong to the church. But LGBTI persons can’t. Some of them haven’t been able to reconcile their faith and their sexuality and cannot go to the church.

Al Jazeera: Have you ever felt discriminated against by the church?

Frank Mugisha: I go to a city church and it is less hostile because there are many people. The priest will not even notice who is in church or not, but local churches in my neighbourhood, those I avoid.

If the priest knows me he will teach against homosexuality. It happened a year ago, when I went to the local church and he started preaching against gay people. It made me very insecure because even though he didn’t take my name, people know who I am.

Al Jazeera: What hopes and expectations do gay, Catholic Ugandans have of the pope’s visit?

Frank Mugisha: We hope the pope will talk about acceptance in the Catholic community, and an end to discrimination, hatred and violence towards LGBTI persons in Uganda.

I feel that Pope Francis is liberal and has talked about many issues, but I still think he can say more – that LGBTI people should be welcome in the church, that they should not be discriminated against. Then the violence against us will reduce significantly. If he says something, the Catholic Church here will take that seriously.

Al Jazeera: It still hasn’t been confirmed whether you and other LGBTI activists will be permitted to meet the pope during his visit. Are you disappointed by this? If you were to meet him, what would you say?

Frank Mugisha: Yes, I am disappointed. It would have been a very good gesture and the start of a conversation with the Catholic Church on accepting LGBTI Catholics in the church.

I would have told the pope that Ugandans love him so much, and so do LGBTI Ugandans, and we – all Ugandans – want the same things: to live with each other in peace. So, the churches that discriminate against us the most should preach tolerance and acceptance.

But I still hope that somehow we can go, or some of our representatives can meet the pope and we can tell him what we suffer.

Al Jazeera: What do you think about Pope Francis’ position on same sex relations and marriage?

Frank Mugisha: I don’t see the Vatican taking a direct position on the issue. If it was, then the Catholic Church here in Uganda would echo it.

I think Pope Francis is very progressive compared with many Catholic leaders and he can do more or say more.

Al Jazeera: Which church has been most vocal in their opposition to homosexuality in Uganda?

Frank Mugisha: Evangelicals are more extreme. Homophobia is imported from the West. All extreme evangelical criticism has come from the West, which created it. They have come with misinformation about homosexuality, especially the evangelicals from the US.

Al Jazeera: The anti-homosexuality bill was annulled last year, but being gay is still illegal in Uganda. Is it dangerous to be a gay Ugandan?

Frank Mugisha: Yes, there is still a colonial [era] law in Uganda on homosexuality, so it makes every known or perceived LGBTI person at risk of hate crimes, arrest, blackmail and extortion, public humiliation. The media can out them. The risk at the moment is mostly from the public.