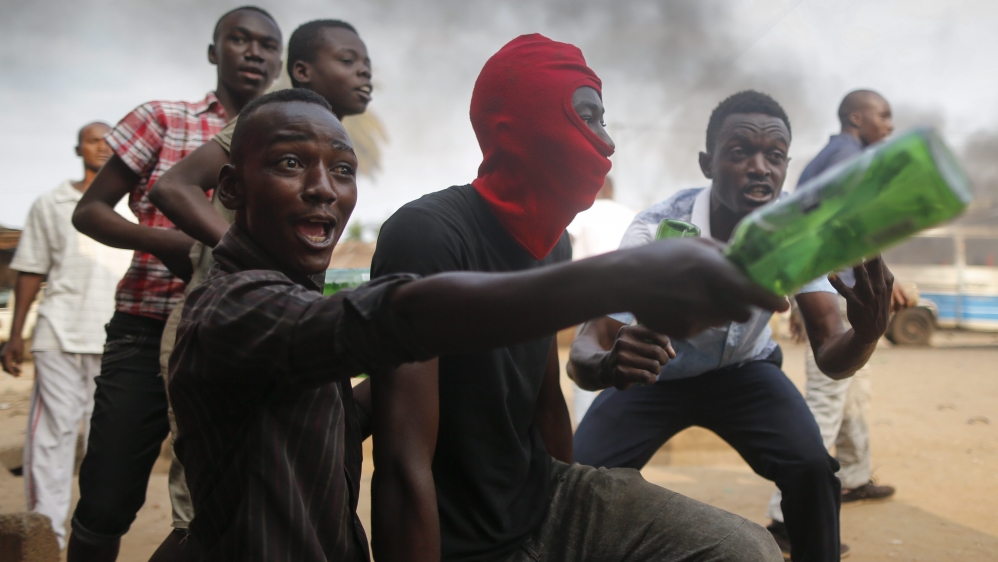 Families are fleeing their homes in Burundi’s capital over fears the government will unleash a fresh wave of bloodletting as part of a crackdown to stamp out resistance to the president.

International alarm has grown in advance of a deadline of midnight on Saturday for civilians to hand over weapons or face a new government crackdown, drawing warnings from the head of the UN, the US and the Hague-based International Criminal World.

Fearing a fresh escalation of bloodshed, people on Sunday started leaving parts of Bujumbura that have seen the worst recent violence.

Burundi has been engulfed in violence prompted by President Pierre Nkurunziza’s successful bid to win a third term in office, with bodies found dumped in the streets on a nearly daily basis.

At least 200 people have died in the latest turmoil and 200,000 have fled the country, stoking fears violence gripping the the central African country could spin into mass bloodletting and even genocide.

“Inflammatory rhetoric deployed in recent days by some government officials and President Nkurunziza’s planned security crackdown this weekend are increasing the risk of an outbreak of mass violence,” the US said Saturday.

In a statement, the US state department said Thomas Perriello, special envoy for the Great Lakes Region of Africa, will be in Burundi between November 8 and 11 to express urgent concerns over the political and security crisis in the country.

The UN Security Council was to meet on Monday to discuss the crisis.

But the government has dismissed concerns, saying it wanted only to crush “terrorism” and comparing the fight to Somalia’s struggle against al-Shabab fighters that Burundi is fighting as part of an internationally backed African Union force.

“There will be no war or genocide,” Willy Nyamitwe, presidential communications chief, told the AFP news agency on Saturday.

“It is amazing to see that a government that wants to put an end to terrorism is criticised instead of being encouraged.”

Last week Reverien Ndikuriyo, president of Burundi’s Senate, threatened to “pulverise” regime opponents who do not lay down arms before the deadline which expires later on Saturday.

“Today, the police shoot in the legs… but when the day comes that we tell them to go to ‘work’, do not come crying to us,” he said.

The loaded term “work” was a euphemism used in Rwanda during the 1994 genocide to describe the mass killings of at least 800,000 mainly Tutsi people by Hutu attackers.

“The language is unambiguous to Burundians and chillingly similar to that used in Rwanda in the 1990s before the genocide,” the International Crisis Group (ICG) think-tank said.

The political crisis has seen many independent media outlets shut down and many journalists have fled the country or gone into hiding because of threats and attacks.