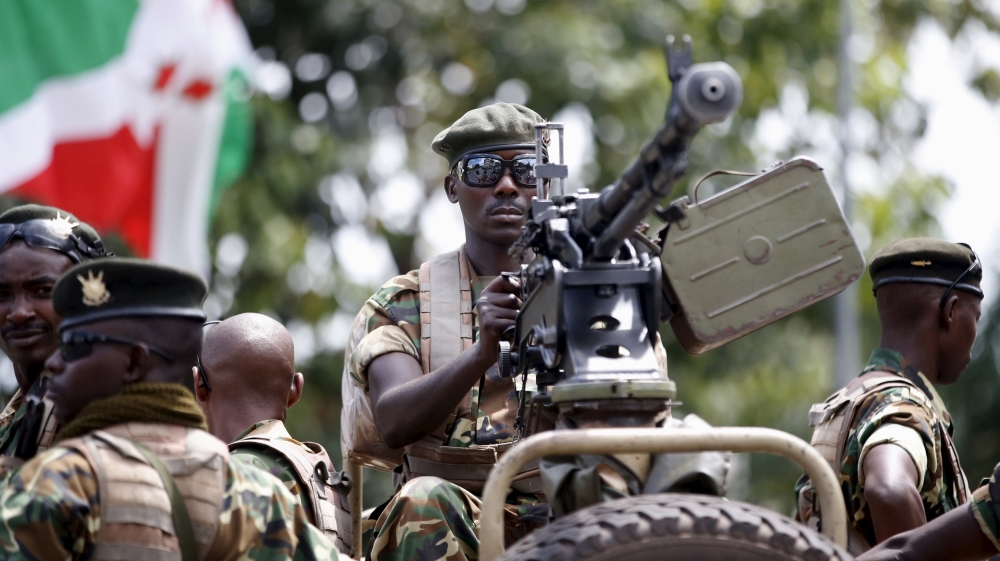 Burundi’s government has accused its former colonial ruler Belgium of instigating an attempted coup against President Pierre Nkurunziza in May – a charge Belgium called absurd.

Army officers unhappy with Nkurunziza’s bid to seek a third term as leader tried to seize power while he was on an official visit to neighbouring Tanzania.

“We blame Belgium because all the plotters of the coup are in Belgium. The Belgians have given them accommodation and are looking after them. We blame them for the coup,” Willy Nyamitwe, spokesman for President Nkurunziza, told Al Jazeera.

“We blame them for the 1972 genocide that happened in this country. They are responsible for all the difficulties our country is facing,” Nyamitwe said from the capital, Bujumbura, over the phone.

“Belgium divided Burundians into Hutu and Tutsis. They claim to be a friend of Burundi but their actions are unfriendly,” he added.

“We call on the Burundi government to hold dialogue with the opposition in the framework of the Arusha agreement. We prefer to convey our message through diplomatic channels and not get involved in a tit-for-tat with Burundi,” he said by phone.

At least 240 people have been killed and more than 200,000 have fled the country since violence erupted in April after Nkurunziza’s decision to seek another term – a decision the opposition condemned as unconstitutional.

“The security situation has deteriorated a lot in the past few months,” Vanderhasselt said.

“Therefore some people have been seeking refuge in Belgium and there is no other reason for their presence here. People are escaping the deteriorating security situation. It is up to relevant judicial authorities to judge.”

Nkurunziza, a former rebel commander, went on to win presidential elections in July, which were boycotted by the opposition and marred by violence and a police crackdown.

Last week, Belgium advised its nearly 500 nationals in the country to leave, a decision Burundi saw as political. The EU has also evacuated the families of its remaining staff in the country.

“The situation in our country is coming back to normal,” Nyamitwe told Al Jazeera. “Like everywhere else in the world some terrorist acts can be noticed but that’s very sporadic. The situation is much better than it was five or six months ago. It is unfair of them [Belgium and the EU] to remove their citizens.”

The Belgian government denied Bujumbura’s allegations, saying: “The security situation in Bujumbura and Burundi in general has been deteriorating. The only criteria for our travel advice is the security of our citizens. Our security advice does not include political judgement or point of view.”

Belgium has long had fractious relations with Burundi and neighbouring Rwanda.