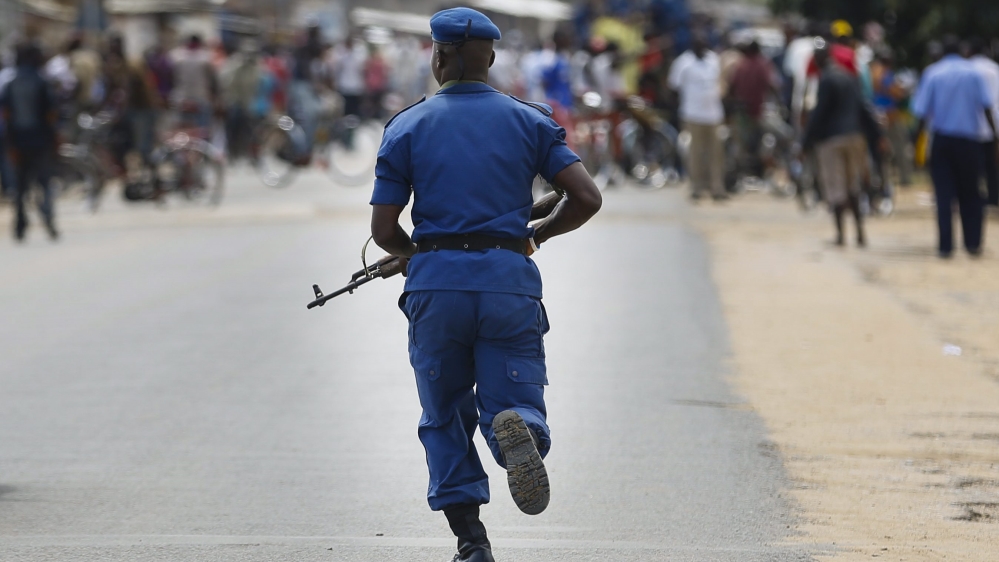 The United States has imposed sanctions against former and current senior Burundi government officials, which it says have contributed to the ongoing crisis in the country.

In a statement issued by the White House on Monday, National Security Council spokesperson Ned Price said President Barack Obama has signed an executive order authorising the US to freeze the assets and impose visa restrictions on four Burundians and any others identified going forward.

At least 240 people have been killed and more than 200,000 have fled Burundi since violence erupted in April after President Pierre Nkurunziza’s decision to seek a third term – a decision the opposition condemned as unconstitutional.

Nkurunziza, a former rebel commander, went on to win presidential elections in July, which were boycotted by the opposition and marred by violence and a police crackdown.

While Bunyoni and Bizimana were cited by the US for cracking down on protesters and groups opposed to the government, Niyombare and Ndayirukiye were listed for their roles in trying to overthrow the government in a failed coup attempt in May.

“We call upon all parties in Burundi to reject violence, and we will continue to investigate and impose consequences against leaders from the government or opposition who resort to violence and obstruct a political resolution to this crisis,” Price said.

“Burundi is on the precipice, but there is a clear path available to Burundi’s leaders to avoid further violence and reach a political solution to the crisis.”

Earlier this month, the UN Security Council unanimously adopted a resolution strongly condemning increasing killings, torture and human rights violations in Burundi and threatening possible sanctions against those contributing to the violence.

The resolution asked Secretary-General Ban Ki-moon to deploy a team to Burundi to work with the government, African Union and other partners to “develop options to address political and security concerns”.

The post Burundi officials and coup plotters sanctioned by US appeared first on African Media Agency.