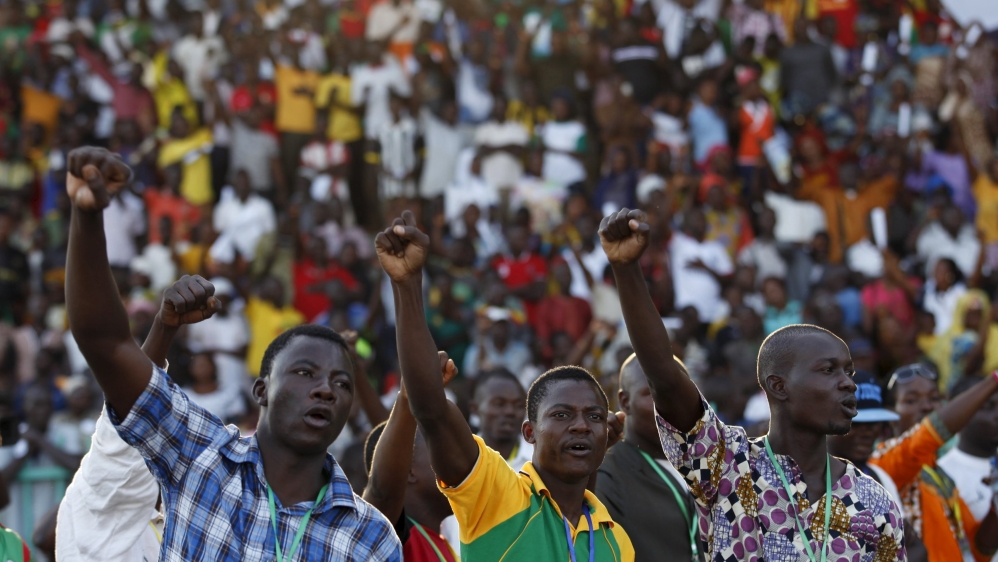 Burkina Faso holds elections on Sunday, the first since a popular uprising toppled the West African nation’s longtime leader and launched a turbulent period of transition.

Hundreds of thousands of citizens took to the streets in October 2014, furious over then-President Blaise Compaore’s bid to scrap constitutional term limits and stay in office.

Compaore resigned and fled the country, ending his 27-year rule of one of the poorest country’s in the world. But the transitional government soon found itself at odds with his elite presidential guard.

With no incumbent on the ballot and the presidential guard now dissolved, candidates and analysts say the vote will be the most open and democratic in Burkina Faso’s history.

“We have a real chance for democracy here,” said Tahirou Barry, one of 14 presidential candidates. “For the first time, the incumbent president is not a candidate. This leaves the voters free of pressure, and there is fair play in the process.”

In September, members of the guard staged a failed coup that saw the interim government restored one week later.

At least 14 people, including two children, were killed during a crackdown on resistance to the coup, according to Amnesty International.

A revised electoral code bars candidates who supported the ex-president’s bid to change the constitution, though Compaore’s party could have a strong showing in the legislative election.

Some 5.5 million people are registered to vote, according to the election commission, which has said it will publish preliminary results as soon as Monday.

A candidate needs more than 50 percent of the vote to avoid a runoff, which would be held 15 days after first-round results are finalised.

More than 17,000 local and foreign observers are expected to monitor the poll. Security Minister Alain Zagre has said 25,000 soldiers and police will be deployed across the country.