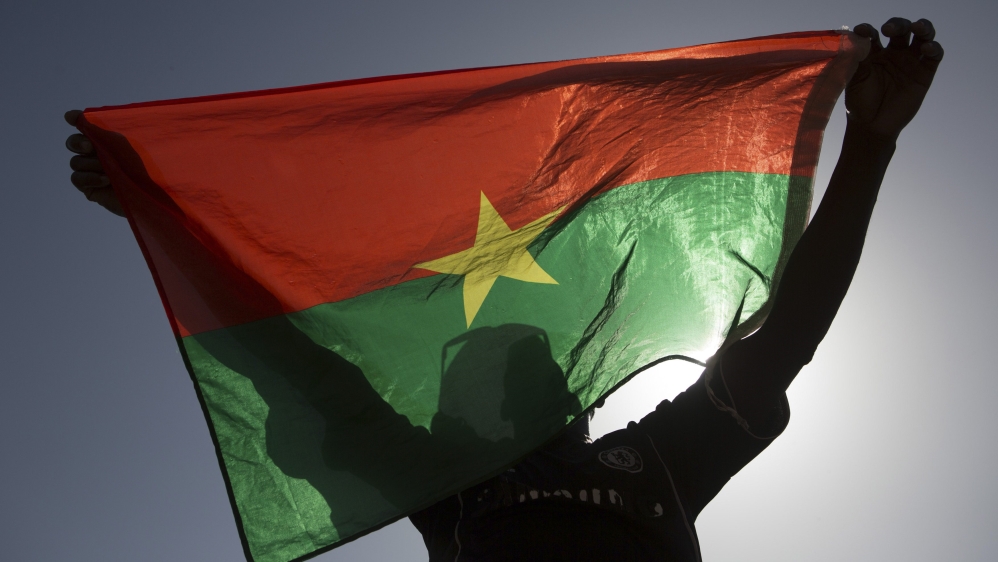 Voters in Burkina Faso are heading to polls on Sunday, in a closely watched election that could mark the beginning of a new chapter in the country’s political history.

The vote comes a year after a popular uprising toppled longstanding president Blaise Compaore, following his attempts to extend his 27-year rule.

The elections were initially scheduled by an interim government for October, but a failed coup in September led by Compaore loyalists delayed the vote.

As Burkinabe prepare for the presidential and legislative vote, described by many as the most open the West African country has ever experienced, here’s what you need to know.

– Why is this election important?

Sunday’s vote marks the first time in more than 25 years that Compaore will not be a candidate, signalling the beginning of a new political era – the former president had previously won elections in 1991, 1998, 2005 and 2010.

This means that for the vast majority of the country – over 70 percent of the population is under the age of 30 – this will be the first time they will have a new elected president.

The election is also significant because it is meant to signify the end of the transitional period following the overthrowing of Compaore in October 2014, restoring a democratic order and providing Burkina Faso with legitimate authorities.

“It is the successful conclusion of a one-year political transition which, despite some turmoil along the way – most notably in September with the attempted coup – will have succeeded in ensuring a smooth return to constitutional order in a reasonable timeframe,” Eloise Bertrand, from the University of Warwick, told Al Jazeera from Burkina Faso’s capital Ouagadougou.

– What are the key issues?

The election campaign has revolved around the key issues of job creation, access to education and health care.

Candidates mainly targeted young voters, who, besides being a majority in the country, were also at the heart of the protests that brought down Compaore.

William Assanvo, a senior West Africa researcher at the Institute for Security Studies, told Al Jazeera that what is at stake on Sunday is to have a free, transparent and peaceful vote where the results will be accepted by all.

“The challenge is to have elections with no fraud, no violence and no contestation,” he said.

– Which are the major political parties and who are the main candidates?

Fourteen candidates are running for president in Sunday’s election, while nearly 7,000 are contesting the 127 parliamentary seats.

According to local polls, two frontrunners have emerged in the presidential race.

Firstly, Roch Marc Christian Kabore, who set up the MPP party in 2013 after quitting Compaore’s party (CDP) in protest against the president’s attempt to modify the constitution for an additional term.

Secondly, Zephirin Diabre, leader of the liberal UPC party, who was the main opposition force in the last two years of Compaore’s government.

“Most analysts, including Burkinabe ones, are of the view that there will be a second round. If that is the case, it remains to be seen what will be the alliances,” said Assanvo.

The CDP was barred from fielding a presidential candidate, but analysts will be closely watching how well the former ruling party and its close ally, the ADF-RDA, will do in the legislative vote.

“Their electoral performance in the legislative elections will be indicative of how divisive the political arena may become under the newly elected government,” Daniel Eizenga, a research associate with the Sahel Research Group, told Al Jazeera from Ouagadougou.

– What has been the role of civil society so far, and what kind of monitoring mechanisms have been put in place to ensure a free and fair election?

Civil society groups have played a major part throughout the recent political history of Burkina Faso, especially in the popular uprising that led to Compaore’s removal. Activists also made their voices heard during the transitional period of the interim government, and were at the forefront of the resistance during September’s brief and failed coup.

In relation to Sunday’s vote, 35 different local civil society organisations have already come together to ensure free and fair elections. Known as Codel, the group will deploy about 4,000 people nationwide to enable a domestic independent electoral observation.

The group will also be analysing the preliminary results in a bid to protect them from any possible manipulation, a move that could bolster the credibility of the Independent National Electoral Commission (CENI), according to analysts.

CENI, which has committed to announcing the results just one day after the vote to limit the risks of fraud and rumour-mongering, will utilise about 85,000 people around the country to ensure that voting takes place without any irregularities.

Separately, both the Economic Community of West African States and the European Union have also sent electoral observation missions to the country.

– What is the security situation?

Burkina Faso has returned to relative calm rollowing the failed coup in September, and the security situation appears to be under control on the eve of the vote. However, there are still some concerns over possible acts of sabotage, or the wider threat of a violent incident, in the wake of the recent attack in neighbouring Mali.

To prevent such acts, security has been increased on the streets recently, while all presidential candidates have been given police protection. In addition, Burkinabe authorities decided to close land borders from November 27 to December 1.

“It is difficult to predict whether the election will arouse any kind of violent protest following the results, and much of that will likely hinge on the response of the political leaders and whether they themselves accept the outcome of the elections,” said Eizenga, adding that the risk level of a Mali-like attack in Burkina Faso remained “very low”.

– Looking ahead, what will be the main challenges for the new government?

A newly elected government will be faced with “gigantic” expectations, according to Bertrand, as voters will be waiting for noticeable change from how the country was run under Compaore.

“Education, health and jobs are the three big priorities, but justice and good governance will need to be improved as well,” she said.

For Eizenga, there are two immediate challenges ahead.

The first, he said, will be the formation of a government which will be able to function effectively within the legislature, especially if the CDP and ADF-RDA win a significant number of seats at the national assembly.

The second challenge, Eizenga added, will be appeasing the large number of unemployed youths who, since last year’s events, have learned that by taking to the streets they can make their demands heard.

“In the long term, this second challenge will likely transform into the need of a newly elected government to demonstrate that it has substantively broken with the past practices of the Compaore regime and embraced a more democratic and popular form of governance,” he said.

For Assanvo, two other key challenges will be reforming the army and reconciling the political class, especially after the Constitutional Council’s decision to ban the former ruling party from having any presidential candidates.

“Burkina Faso is facing several challenges – political, social, economic and security,” he said. “Almost everything seems a priority in the country. The Burkinabe still have a lot of expectations. They expect from the government concrete responses.

“The state of grace, if there is any, will be short-lived.”