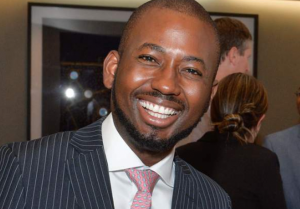 Sangu Delle, Ghanaian, will be contributing to the Anzisha judging conversation as an established entrepreneur who dedicates his time and energies to enabling other entrepreneurs[/caption] The Anzisha Prize  is pleased to announce a diverse, experienced and representative judging panel for the 2015 Anzisha Prize award for African youth entrepreneurs. The Prize has invited a panel of four experienced professionals from the both the business and social sectors who represent a holistic view of contributors to the dialogue around youth entrepreneurship in Africa. The judges’ experience stems from a diverse knowledge and experience base. The panel includes entrepreneurs at both an established and scaling stage, leaders from social and business sectors, contributors to the African business dialogue through media, and represents a cultural diversity that is relevant to and mirrors the youth entrepreneurs that they will be assessing. The finalists for the Anzisha Prize will pitch their ventures to the judges on Monday 16 November. The panel will consider each project on its own merits in responsiveness to a market opportunity or social need, ingenuity, scalability and impact. The grand prize-winner will be announced at a prestigious awards ceremony on Tuesday 17 November at Room Five in Rivonia, Johannesburg, South Africa. “It is essential that we encourage conversation and deliberation on the potential for youth to impact African economies through entrepreneurship in a multifaceted dialogue with cross-sector, cross-continent, cross-cultural contribution,” says Grace Kalisha, Senior Manager for the Anzisha Prize. “We are pleased and encouraged that such an esteemed panel would engage critically with our finalists for the Anzisha Prize this year.” The 2015 Anzisha Prize Awards Judges are: Heba Gamal, based in Egypt, an entrepreneurship and technology expert. She is the Managing Director of Endeavor Egypt, a non-profit organization focused on supporting high-impact entrepreneurs. Prior to Endeavor, Heba was managing search quality for the Middle East & North Africa at Google, Inc. Her international expertise spans Silicon Valley, India, Eastern Europe, Africa and the Middle East. Heba has been a speaker at various conferences and summits about entrepreneurship, technology and women in leadership. The Anzisha prize welcomes her contribution to this year’s panel due to her social entrepreneurship focus, strong advocacy for the role of women in business, and North Africa experience. Willy Mukiny Yav, Congolese, Co-founder and Director of Pygma Group. He has 21 years’ experience in communications specialising in African Markets. Having developed excellent high-level contacts within Africa, over the past 22 years, Willy has used these to become involved in developing numerous ventures in Africa. As a consequence he has expertise in modus operandi and business practice in both French and English speaking Africa and further developed a network of contacts in the upper political, business and social echelons.  Willy served as a judge for Anzisha in 2014 and enabled clear understanding of the francophone ventures for fair assessment. Sangu Delle, Ghanaian, will be contributing to the Anzisha judging conversation as an established entrepreneur who dedicates his time and energies to enabling other entrepreneurs.  Sangu is an entrepreneur, author, clean water activist, Soros Fellow and TEDGlobal Fellow. He is the Founder and Chief [caption id="attachment_22100" align="alignright" width="300"] 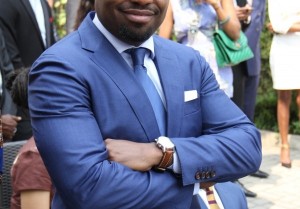 Willy Mukiny Yav, Congolese, Co-founder and Director of Pygma Group[/caption] Executive Officer of Golden Palm Investments (GPI); an investment holding and advisory company focused on building world class companies in Africa.  GPI operates companies in high growth industries and funds promising start-ups that can have social impact and generate jobs. GPI has backed startups such as SOLO Mobile in Nigeria, mPharma in Ghana and Stawi Foods in Kenya. George Bakka, Ugandan, is an Anzisha Fellow, inducted into the inaugural cohort of the Fellowship in 2011. As a scaling and widely celebrated youth entrepreneur, he epitomizes the journey that the finalists are embarking on. George is the Founder & CEO of Angels Initiatives. He is a serial pan-African entrepreneur passionate about building solutions and companies that catalyze growth in Africa. Some of the companies he has started include Angels Hub and Unreasonable EastAfrica. In addition to being an Anzisha Fellow, he is also an Acumen and Educate Fellow. The 12 finalists for Anzisha Prize were selected from an impressive initial pool of 494 young entrepreneurs, up from 339 applications in 2014. The Anzisha Prize is proud to have attracted applicants from 33 African countries, with finalists from Zimbabwe and Ethiopia identified for the first time this year. Applications were also received from a diversity of sectors, with agriculture having the most applicants. Now in its fifth year, The Anzisha Prize will be celebrating these outstanding young people during Global Entrepreneurship Week joining the worldwide festivities. Finalists for the Anzisha Prize win a share of US$75,000 and access to ongoing support to scale their enterprises and expand their impact. The Anzisha Prize team is running a social media campaign where members of the public can vote for their favourite entrepreneur and offer words of support and encouragement on the Anzisha website  and on Facebook. An award will be given to the finalist receiving the largest number of votes. The goal is to support them on their Anzisha journey and share their success stories with other youth.   The Anzisha Prize is delivered by African Leadership Academy in partnership with The MasterCard Foundation. Through the Anzisha Prize, the organisers seek to catalyse innovation and entrepreneurship among youth across the continent. African Leadership Academy (ALA) seeks to transform Africa by developing a powerful network of entrepreneurial leaders who will work together to achieve extraordinary social impact. Each year, ALA brings together the most promising young leaders from all 54 African nations for a pre-university program in South Africa with a focus on leadership, entrepreneurship and African studies. ALA continues to cultivate these leaders throughout their lives, in university and beyond, by providing on-going leadership and entrepreneurial training and connecting them to high-impact networks of people and capital that can catalyse large-scale change. The MasterCard Foundation works with visionary organizations to provide greater access to education, skills training and financial services for people living in poverty, primarily in Sub-Saharan Africa. As one of the largest, independent foundations, its work is guided by its mission to advance learning and promote financial inclusion in order to alleviate poverty. Based in Toronto, Canada, its independence was established by MasterCard when the Foundation was created in 2006. *APO]]>