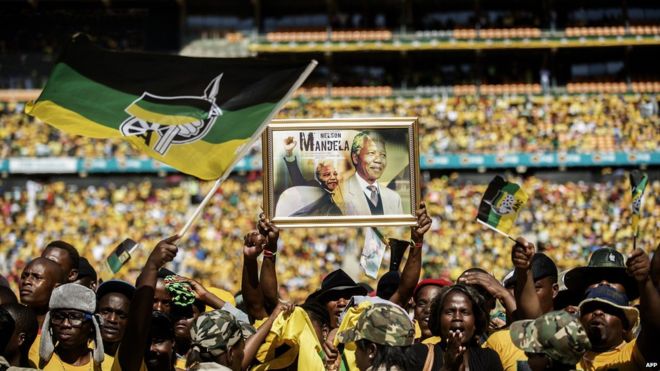 South Africa’s governing party is at a crossroads as it begins its policy review conference in Johannesburg – whether the African National Congress should follow its business-friendly National Development Plan, or to implement a more radical economic strategy.

But most of the 3,000 delegates from across the country will have their minds on something else. Top of the official agenda for the ANC is to find new ways to jump-start a sluggish economy and deal with the shambolic energy supply which is holding the country back. But it also hopes to dig deep into the party’s soul – looking for that great infectious optimism which swept the nation and the rest of the world when Nelson Mandela became the country’s first black president, following the end of white-minority rule 21 years ago. ANC leaders have admitted and spoken openly about the cancer of corruption and the demonic in-fighting that are plaguing the 103-year-old liberation movement. The nation’s hopes are pinned on a thorough introspection at the National General Council – the party’s mid-term policy review conference. But another issue is likely to dominate the sidelines of the conference. It has very little to do with the troubled party’s will to deliver real material change for the masses of the people. The elephant in the room is: The party’s leadership succession battle, which to all intents and purposes is already underway. President Zuma is in his second and last term as president of the country. He is not, by law, allowed to stand for a third term in 2019. 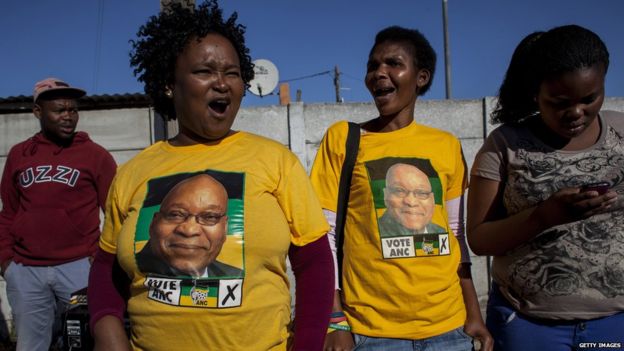 He is expected to step down as leader of the party when his current term expires in 2017 to prepare for a new national leader, as the ANC says it does not want two centres of power. Judging by the ANC’s overwhelming victory in last year’s general election, the party’s leader would be favourite to move on to become national president. Current party deputy president Cyril Ramaphosa is in pole position to assume the highest office in the land – that’s if all goes according to plan. However, the ANC would not be the organisation I know if everything went according to plan. Already there is a strong voice coming from lobbyists who want President Zuma’s former wife and chair of the African Union, Nkosazana Dlamini-Zuma, to be the ANC’s next president. Structures of the ANC on the ground are divided. The Women’s League says it is time for a female president. Minister of International Relations and Co-operation Maite Nkoana-Mashabane, who is also the treasurer in the women’s wing, told me they are ready for a woman president. But she denies it will sidetrack her from the issues at hand. “Here at the NGC, we will spend 90% of our time discussing policy reviews,” she said. “That’s what we are here for. We will not pre-occupy ourselves with the party leadership matters until 2017.”

Susan Booysen, a professor at Wits University’s school of governance and the author of The African National Congress and the Regeneration of Political Power, told me that Mr Ramaphosa is not guaranteed to be the next president. She told me: “He is the fire fighter for many of the issues for the Zuma government but he is not safe because he was a default [compromise] candidate.” She also said that President Zuma “by all indications… has endorsed Nkosazana Dlamini-Zuma”. Some say that President Zuma may be endorsing his former wife in order to look after his interests in retirement. The pair remain on cordial terms. The president of the trade union federation Cosatu, which is allied to the ANC, Sdumo Dlamini, recently told a workers’ march that it was too early to talk about the ANC’s succession race, and those who did so were putting the party at risk. He said: “We say to the ANC: 2017 is two years from now, the rush to debate about the leadership in 2017 is a recipe for disaster for all of us.” [caption id="attachment_21359" align="alignleft" width="624"] 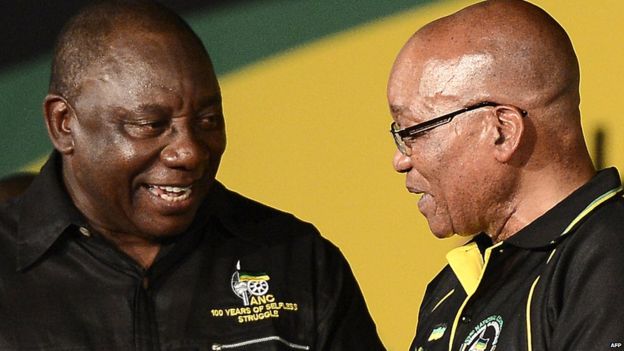 Cyril Ramaphosa (L) is believed to be the front runner to succeed Jacob Zuma as African National Congress leader[/caption] Another influential supporter of President Zuma, Blade Nzimande who is also minister of Higher Education and leader of the South African Communist Party (SACP) warned a crowd of protesters, who were standing in the heatwave currently sweeping Johannesburg, against ambitious politicians who use money to secure delegates’ support. He said: “If you buy delegates for the conference it means nawe [you too] can be bought. They will be bought by the single highest imperialist bidder.” While delegates insist that they are just going to deliberate about policy matters such as education, health, and the economy, behind the scenes, the different factions will be hard at work lobbying for their preferred candidate. The fight for the soul of the ruling party is in full swing, whether on the record or off it. *Source BBC]]>
0