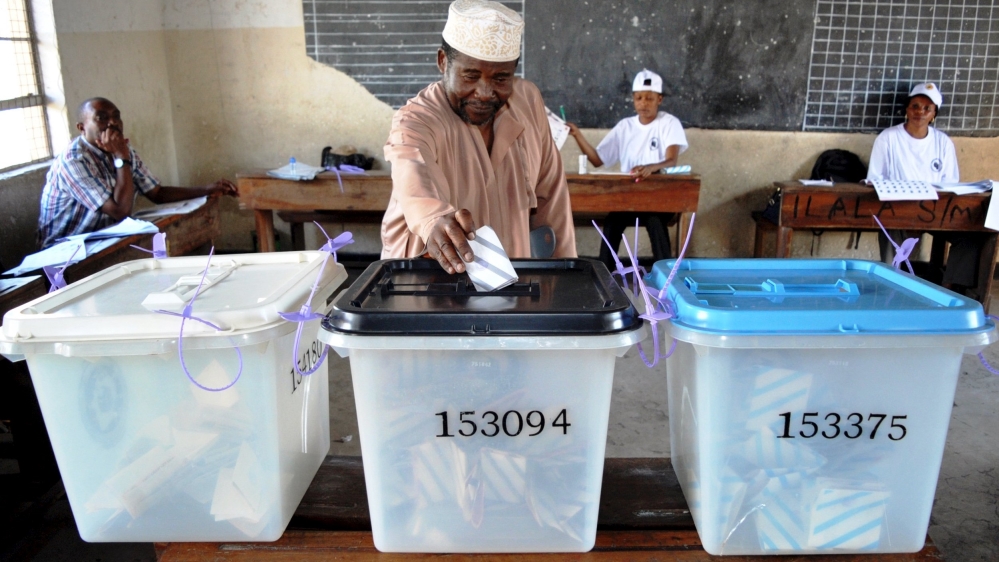 An opposition party in the island archipelago of Zanzibar declared victory in a presidential election even as official tallying continued, raising tensions as mainland Tanzania awaited official poll results.

Maalim Seif Hamad of the Civic United Front party announced on Monday that he had won the Zanzibar presidential election, saying he beat his rival, Ali Mohamed Shein of Tanzania’s ruling party, with more than 52 percent of the vote.

Although part of Tanzania, Zanzibar is run by a semi-autonomous government with its own president.

“Our supporters know we have won. They have gathered to celebrate. They have been extremely patient and it would be counterproductive to attempt to trick them out of their moment,” he said in a statement.

“For those who have still not come to grips with this reality, and still think there are ways of fabricating a different outcome, we would like you to know that it is over.”

He urged Tanzanian President Jakaya Kikwete “to facilitate a smooth transition and not to allow Zanzibar to descend into chaos.”

Police fired tear gas to disperse Hamad’s supporters who had gathered to celebrate on the island of Pemba.

Full results from Tanzania’s largely peaceful presidential election, widely seen as the most tightly contested in the nation’s history, are expected on Thursday.