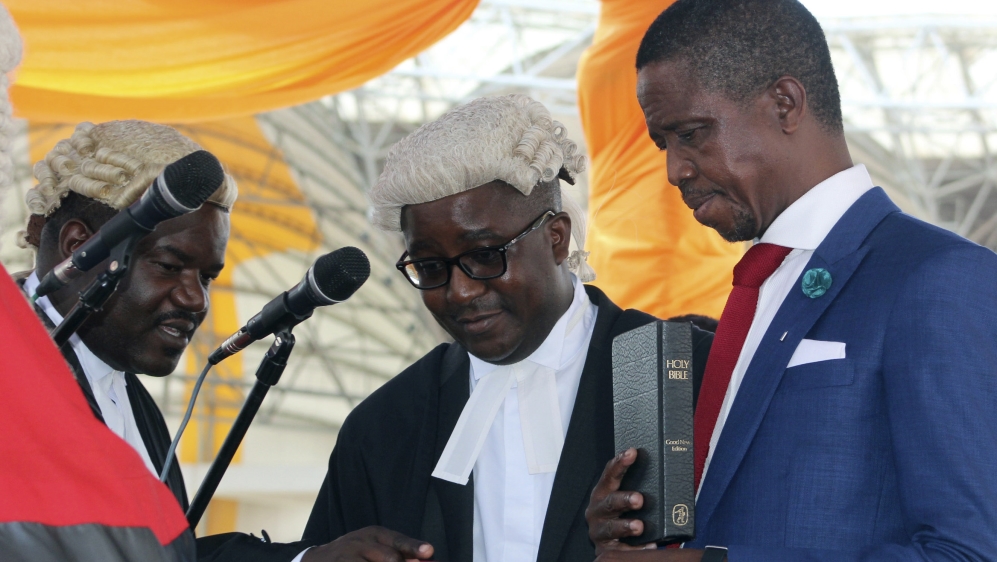 Zambia’s President Edgar Lungu has turned to God in a bid to stop the freefall of his country’s ailing currency, with bars shut and football matches cancelled on a national day of prayer to end a record slump.

Lungu ordered the prayer session last month after the kwacha fell 45 percent against the dollar since the start of the year due to a sharp drop in the price of copper, the country’s main export.

Food prices have soared and crippling power shortages have also been triggered by low water-levels in Lake Kariba, where hydropower plants supply much of the country’s electricity.

The kwacha’s 45-percent slump against the dollar this year has been the worst of all 155 currencies tracked by Bloomberg news service.

“Our God has heard our cries, he has forgiven us our sins and we are sure he will heal our country (as) we face serious social-economic challenges,” Lungu told a gathering of some 5,000 Zambians, including former presidents Kenneth Kaunda and Rupiah Banda.

He also appealed to Zambians with “brilliant ideas” to come forward and assist the government.

“There are many out there who have brilliant ideas, let them come forward, we run an open government,” he told the crowd in the Zambian capital Lusaka.

“We should never seek political success on the back of our national failure or disaster. It is our people who will suffer,” he said.

“You all know that God is love and I appeal to all of you to do the best and leave the rest to God.”

“God, continue to help us solve the problems this young man may face in future,” said Kaunda as he placed his hand on Lungu’s head.

The Zambian football association postponed all of Sunday’s games and the government had announced that bars should not open until 6:00 pm.

Critics of the government have accused Lungu of failing to tackle the causes of country’s economy troubles, saying that the prayer day was a distraction.

During the session Bishop Peter Ndlobvu hit back at the critics.

“The Bible says gold and silver belong to God. If we pray, God will restore our economy” he said.