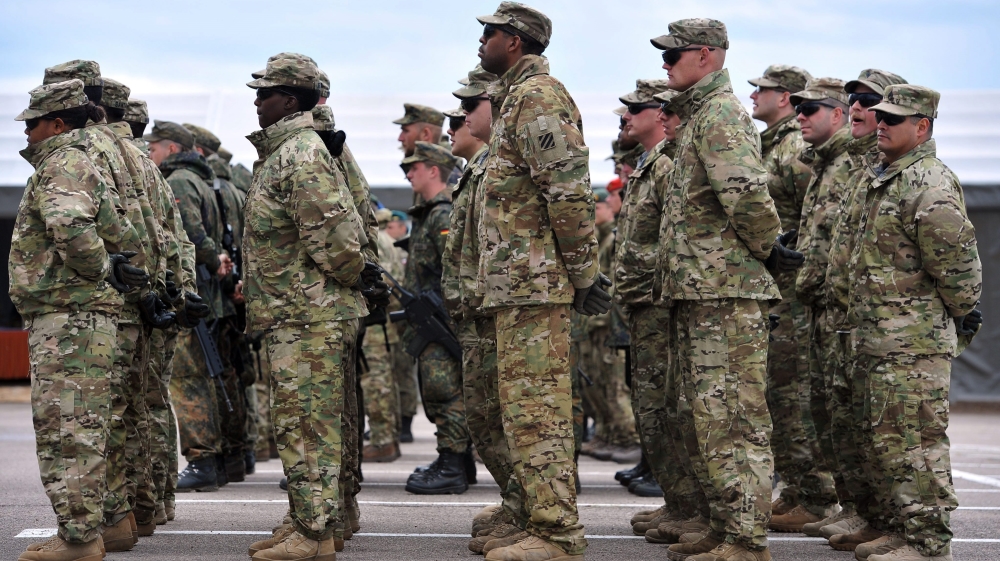 The United States is sending up to 300 troops, along with surveillance drones, to Cameroon to bolster a West African effort to counter Nigeria’s Boko Haram armed group.

In a letter to Congress on Wednesday, President Barack Obama said 90 military personnel began deploying to Cameroon on Monday ahead of the arrival of additional troops “to conduct airborne intelligence, surveillance, and reconnaissance operations in the region”.

“The total number of US military personnel to be deployed to Cameroon is anticipated to be up to approximately 300,” Obama said.

“These forces are equipped with weapons for the purpose of providing their own force protection and security, and they will remain in Cameroon until their support is no longer needed.”

A Defence Department spokesman told Al Jazeera in a statement that the deployed personnel will support Intelligence, Surveillance, and Reconnaissance (ISR) flights being conducted in the area.

The statement said the personnel had been deployed at the invitation of the Cameroon government.

“The results of these ISR flights will better enable African partners to secure their borders against violent/illegal activities disrupting our common desire for stability in the region,” the statement said.

“Most importantly, all information collected by US unarmed remotely piloted aircraft is used to support international counter-violent extremist organisation operations.”

US officials said the troops would provide intelligence to a multi-national task force being set up to fight Boko Haram and composed of troops from Nigeria, Niger, Cameroon, Chad and Benin.

White House spokesman Josh Earnest said the US had offered its “unique capabilities” to assist with the regional effort.

“This deployment will be part of an effort to conduct airborne intelligence, surveillance and reconnaissance operations in the region,” Earnest said.

“This is obviously a unique capacity that the United States has to bring to bear to this effort and it will be used in support of the ongoing regional counter-extremist efforts that are ongoing there.”

Boko Haram, which wants to implement Islamic law in Nigeria’s northeast, has launched attacks in Nigeria and neighbouring countries over the past few months.