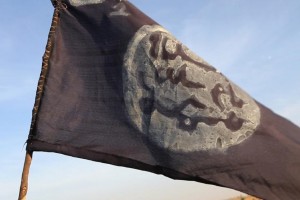 The United States will conduct surveillance and intelligence operations against Boko Haram inside Nigeria, as part of a military deployment to West Africa, sources familiar with the plan told AFP (AFP Photo/Stephane Yas)[/caption]

Washington (AFP) – The United States will conduct surveillance and intelligence operations against Boko Haram inside Nigeria, sources familiar with the plan told AFP Friday, a significant escalation of Washington’s role in combatting the Islamist group.

The operations will be carried out as part of the recently announced deployment of up to 300 US military personnel to neighboring Cameroon, officials said.

“This is going to be part of our Boko Haram efforts that will be operating throughout the region,” one of the sources said on condition of anonymity.

It will not include boots on the ground or offensive combat, but will see US military operations against Boko Haram in Africa’s most populous country for the first time.

“It’s surveillance and intelligence gathering, not anything offensive,” said the same source. US President Barack Obama on Wednesday announced he would send up to 300 military personnel to Cameroon. Approximately 145 have already arrived in the country. The White House has been at pains to stress that personnel would be armed only for self-defense. Nigeria greeted that announcement as a “welcome development.” President Muhammadu Buhari took office in May vowing to end the violence that has killed scores and spooked much-needed investors in Africa’s largest economy and foremost oil producer. The former general has replaced many of the military top brass and set an end-of-year deadline to nix a six-year insurgency featuring suicide attacks and mass kidnappings that have shocked the world. On Thursday 30 people died in a double bombing on a mosque in northeast Nigeria, underscoring the scale of that challenge and, experts say, the need for outside help. But US efforts to give him military assistance have been hampered by concerns about human rights abuses carried out by the country’s military. And until now, Washington has largely shied away from engaging its own vast military assets to combat Boko Haram, with policymakers wary of fueling militant recruitment or fusing the group’s ties with Middle Eastern Islamists. The group’s leaders have allied themselves with the Islamic State group, but experts doubt the scale and scope of collaboration. However, there are growing fears that a once regional Muslim anti-colonial movement is now metastasizing into a regional jihadist threat. The US moves come as Boko Haram steadily expands operations beyond its traditional base in northern Nigeria, conducting attacks in Cameroon and Chad that have killed dozens. An uptick in violence is expected in the coming weeks with the end of the rainy season and amid growing resistance to a nascent multi-national joint task force bringing together countries in the region to fight Boko Haram.

According to Pentagon officials, the US Department of Defense also has approximately 250 personnel in Niger and 85 in Chad conducting training and surveyance missions.