Lagos (AFP) – Nigeria’s President Muhammadu Buhari on Thursday called for an end to “unruly behaviour” in the country, saying progress could not happen without a change in citizens’ attitudes. 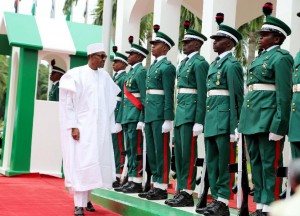 The call, made in his first Independence Day address as civilian president, will likely remind some of his time as military ruler in the 1980s, when he cracked down on so-called “indiscipline”.

Then, civil servants were made to do star jumps if they were late for work, orderly queueing was enforced, while traders selling goods at above agreed rates were punished.

Buhari, elected in March on an agenda for “change”, has been at pains to stress there will be no return to the past, despite claims to the contrary by his political opponents that old habits die hard.

In a brief televised address to the nation on Thursday, he said: “Change does not just happen. You and I and all of us must appreciate that we all have our part to play if we want to bring change about.

“We must change our lawless habits, our attitude to public office and public trust. We must change our unruly behaviour in schools, hospitals, market places, motor parks (bus stations), on the roads, in homes and offices.

“To bring about change, we must change ourselves by being law-abiding citizens.”

Buhari, 72, has vowed to tackle rampant corruption in public life, from wholesale looting of oil revenue to government waste in an effort to restore Nigeria’s depleted public finances and international reputation.

He said his election win against Goodluck Jonathan — the first time an opposition candidate has unseated an incumbent president in Nigeria’s 55-year independent history — was a “sea change” in the country’s democracy.

He reaffirmed there will be no witch-hunt or old scores to settle during his presidency but stated: “People should only fear the consequences of their actions.”

On Boko Haram, whose insurgency has claimed at least 17,000 lives since 2009, Buhari said the Islamists had been “severely weakened” and were “scattered and are on the run.”

Nevertheless, at least 1,260 people have been killed since he took office on May 29, according to an AFP tally, with civilians worst hit by a wave of suicide and bomb attacks. 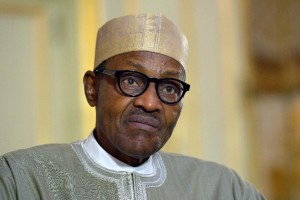 Nigeria’s President Muhammadu Buhari, elected in March on an agenda for “change”, has been at pains to stress there will be no return to the past, despite claims to the contrary by his political opponents that old habits die hard (AFP Photo/Bertrand Guay)[/caption]

Elsewhere the president said “moderately encouraging” progress was being made to overhaul Nigeria’s woeful public electricity supply, predicting that “within months, the whole country would begin to feel a change for the better”.

On oil — the main revenue generator for the government — Buhari confirmed steps had been taken to “sanitise” the state-run oil firm to cut inefficiency and graft as well as re-start domestic refining of crude.

Getting Nigeria’s refineries back into partial production would end “the whole sordid business of exporting crude and importing finished products in dubious transactions”, he added.

Buhari on Wednesday finally handed over a list of nominations for his cabinet to the Senate for approval, ending a four-month wait for him to name his senior ministerial team.

Some have seen the delay — and his announcement this week that he would take personal charge of the oil ministry — as an indicator that he cannot shake off his autocratic past.

But Buhari, who has described himself as a “converted democrat”, blamed the late reception of hand-over notes from the previous administration and the need for due diligence.

“There is no cause to be anxious. Our government set out to do things methodically and properly,” he said, adding: “Impatience is not a virtue.

“Order is more vital than speed. Careful and deliberate decisions after consultations get far better results.”