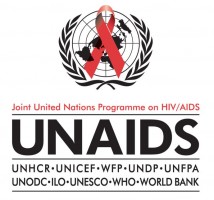 The Joint United Nations Programme on HIV/AIDS (UNAIDS) welcomes the commitment expressed by the President of the Federal Republic of Nigeria towards efforts to end AIDS by 2030. “We welcome His Excellency President Muhammadu Buhari’s call to action to end AIDS by 2030. We are looking forward to supporting government efforts at Federal and State levels to free Nigeria from the AIDS epidemic,” said the UNAIDS Country Director for Nigeria and UNAIDS Focal Point for the Economic Community Of West African States (ECOWAS), Bilali Camara. Addressing a side-event of the National Agency for the Control of AIDS (NACA) at the United Nations General Assembly in New York on 25th September 2015, President Muhammadu Buhari called for “working together to make HIV and AIDS history by 2030.” Although Sub-Saharan Africa bears a disproportionate burden of the AIDS epidemic, President Buhari said: “The good news is that the effort of the global community has resulted in greater control, less spread and better management.” The side-event held to discuss elimination of mother-to-child transmission of HIV was moderated by the Director-General of NACA, Prof. John Idoko. At the event, NACA and UNAIDS show-cased Pampaida in Kaduna State as a role model for the elimination of mother-to-child transmission of HIV. This village achieved the total elimination of mother-to-child transmission of HIV in 2015. The UNAIDS Executive Director, Michel Sidibe, said Nigeria could lead the way in efforts to end the AIDS epidemic by 2030. “We should expand the Kaduna model to all 12+1 high burden states of Nigeria where 70 percent of all HIV positive pregnant women and new HIV infections exist,” Sidibe said. Participants from Nigeria included representatives from the Office of the Government of the Federation, NACA, the Federal Ministry of Health, State Governors and Commissioners. Partner representatives included the UNFPA Executive Director, Prof. Babatunde Osotimehin and senior management members from UNAIDS, UNICEF, as well as the Executive Director of the Global Fund to Fight AIDS, Tuberculosis and Malaria, Mark Dybul. *APO]]>