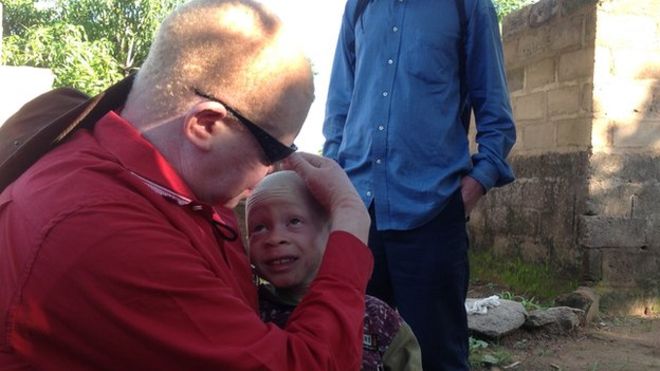 United Nations human rights expert Ikponwosa Ero today issued an urgent appeal for coordinated action in southern and eastern Africa  to tackle the upsurge in attacks against persons with albinism. Ms. Ero’s warned that “an apparent increase in demand for body parts of persons with albinism has been has been reported in the run up to elections in several African countries.” “Persons with albinism are amongst the most vulnerable persons in the region,” noted the first UN Independent Expert on the enjoyment of human rights by persons with albinism. “After centuries of chronic neglect of their plight, they have been relegated to the fringes of society where stigma and discrimination in every aspect of their lives have been normalized.” “Today, their woe has been compounded by a constant fear of attacks by people –including family members – who value their body parts more than their life,” the human rights expert stressed. “I am deeply concern at the highly disturbing pattern of increase in attacks when elections occur in the region.” Ms. Ero called on affected governments “to carry out as a matter of urgency specific measures particularly through regional and international collaboration to bring an end to these abhorrent crimes.” She also urged “all political parties to ensure that their candidates and supporters are not associated directly or indirectly with such grave human rights violations.” Since the Independent Expert took office on August 1, attacks have been reported in 6 countries in the region. These include the case of a 56 years old man with albinism from Kenya who was attacked with some of his body parts hacked off. He later succumbed to his injuries. A month earlier, the remains of the dismembered body of a 20 year old woman with albinism were found in a shallow grave in her village of Phelandaba in South Africa. Most of her body parts as well as her skin were missing. The expert welcomed the prompt reaction of the South African authorities that led to a 20 year conviction for two of the perpetrators involved. Note to editors: Albinism is a congenital condition which affects about one in 17,000 to 20,000 in Europe and North America. According to the World Health Organization, it is more common in sub-Saharan Africa, with an estimate of one in every 5,000 to 15,000. In several ethnic groups in the region, estimates are as high as one in 1,000 to 1,500 persons. Learn more, check the special website: “People with albinism: not ghosts, but human beings – albinism.ohchr.org *APO/OHCHR]]>