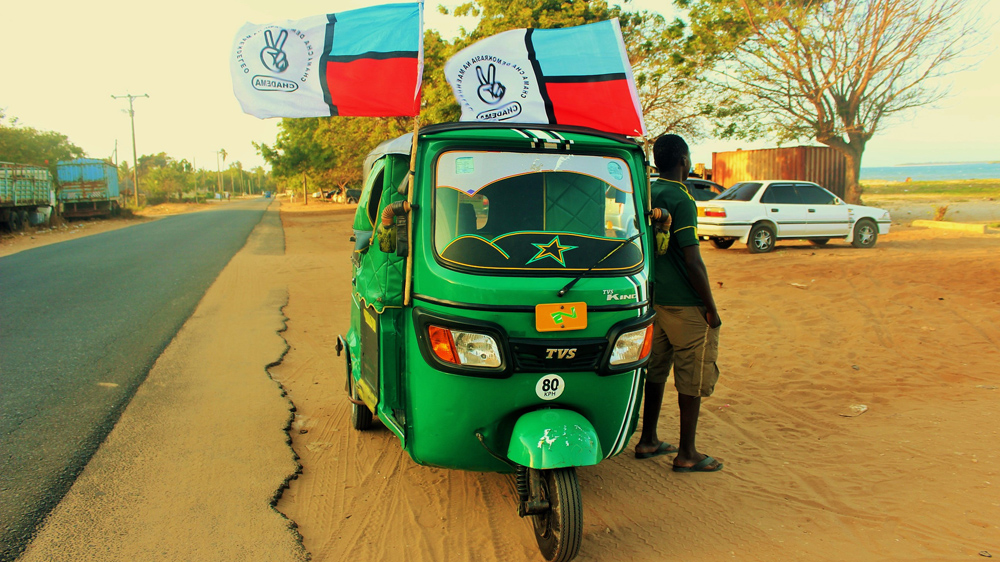 As Tanzania readies for its fifth multi-party elections on Sunday, supporters of the ruling Chama Chama Mapinduzi (CCM) party and rival Civic United Front (CUF) stand across the roadway from one another in front of their parties’ headquarters.

There are no clashes or fighting, just a seemingly endless staring contest between the two groups as the police and military look on.

In the run-up to the East African nation’s tightest election contest to date, post-rally gatherings such as these have become a common sight at Zanzibar’s Kisonge roundabout, a central spot where islanders normally sit and casually discuss the politics of the day.

Despite repeated calls discouraging political violence and warnings against parties deploying militias, many fear the polls could be marred by attacks that have occurred during previous votes.

CCM has won every poll since Tanzania’s first multi-party elections in 1992. But this year, the ruling party faces its strongest challenge yet from a four-party coalition called Ukawa, which includes Chadema and CUF – the country’s second and third-largest parties, respectively.

Adjusting his red and blue chapeau, Sal Abbas, 53, an unemployed fisherman, sighs uneasily over the increased security presence. He said he fears militias allegedly aligned with the ruling party, locally known as “ninjas”, might disturb the peace.

“People worry about the militias, because the ninjas came and destroyed our things in the market during voter registration [in June], and we think they’ll come again,” Abbas told Al Jazeera. “This year doesn’t look peaceful. If it was, why would there be so many soldiers patrolling here?”

Embittered by past beatings and run-ins with political militias and security forces, Ubwa Ahmad Maalim, 55, an unemployed former meat inspector, recalled the post-election unrest of January 2001, in which security forces cordoned off the streets of a neighbourhood in Stone Town, in the centre of Zanzibar, and imposed a curfew on residents.

“I didn’t see their faces. A lot of men just came on the street wearing masks and started beating people. I was caught and hit with sticks, and then I was caught again by police when we were demonstrating against the results later, and I was taken to jail for being on the front line,” Maalim recalled.

“They accused me of encouraging violence and insulting an election official, so I spent two weeks in jail. I had to pay a fine and when I came out, I heard the ninjas were still looking for me, so I left and became a refugee in Kenya for one year. I came back when things cooled down.”

Still resentful, Maalim added he would consider demonstrating if his party, CUF, fails to win the majority of seats.

“Nowadays I’m no longer on the front line. But if CUF don’t win, we’re no longer afraid, we’re going to riot because they [CCM] cannot steal this election again,” he vowed.

The latest Ipsos-Synovate poll has Magufuli leading with 62 percent of the vote.

While CCM enjoys significant support from older and rural voters, Chadema has gained popularity with young people who constitute 12 million out of more than 22 million registered voters.

The opposition accuses CCM of planning to rig the vote. While CCM strongly denies the accusation, the party’s past victories in 2000, 2005 and 2010 have been met with incidents of violence and fraud allegations, although the elections were declared largely free and relatively fair by international observers.

At its worst, post-election violence in 2001 on Zanzibar and Pemba islands led to deadly clashes between protesters and police resulting in the death of more than 35 people and the injuries of more than 600.

But political friction with roots in the eastern islands’ strained relations with the Tanzanian mainland continues. Opposition parties are critical of the governing system based on the 1964 agreement between the isles and Tanganyika – as Tanzania was then known – which formed the country into one.

Over the years, the opposition has also complained about the unequal distribution of resources and marginalisation of Zanzibar and Pemba.

A CUF victory could lead to the islands pushing for greater autonomy, analysts say. Among other broader voter concerns are fairer taxation and improved social services.

Zanzibar residents say they fear there may be trouble in Chadema strongholds if the polls do not go their way. In a sign of distrust in the election’s integrity, Chadema members said they plan to “guard” ballot boxes when counting begins.

“There is a lot of tension in Zanzibar,” Ismail Jusa, a CUF candidate, told Al Jazeera.

“People are anxious and some are afraid over the election because of what happened before, but many have come to our rallies here and in Pemba. We hope to succeed as this will be a very important win for the people of Zanzibar.”

Last month, the commission called on police to investigate political parties allegedly preparing to train militias. Each of Tanzania’s main political parties is alleged to have youth militias coded by party colours.

“Our party stands for peace – but we will not let this election be fraudulent,” said Chadema spokesperson Tumaini Maikene. “We don’t have a militia and we are not encouraging any violence. But as Chadema, we will do what we can to make sure this is a fair election.”

Urging a peaceful vote, President Kikwete has warned candidates against violence, as have European Union representatives based in the country.

Some nervous Tanzanians are nevertheless stocking up on extra food or leaving for safer destinations.

John Mwinyi, a 57-year-old former member of CCM who owns a real estate agency in Dar Es Salaam, said Sunday’s vote is unique for the country.

“This is a very strange election for us Tanzanians, we’ve never had such a competition. We don’t know how it will end, but I hope there is no anger,” Mwinyi said.