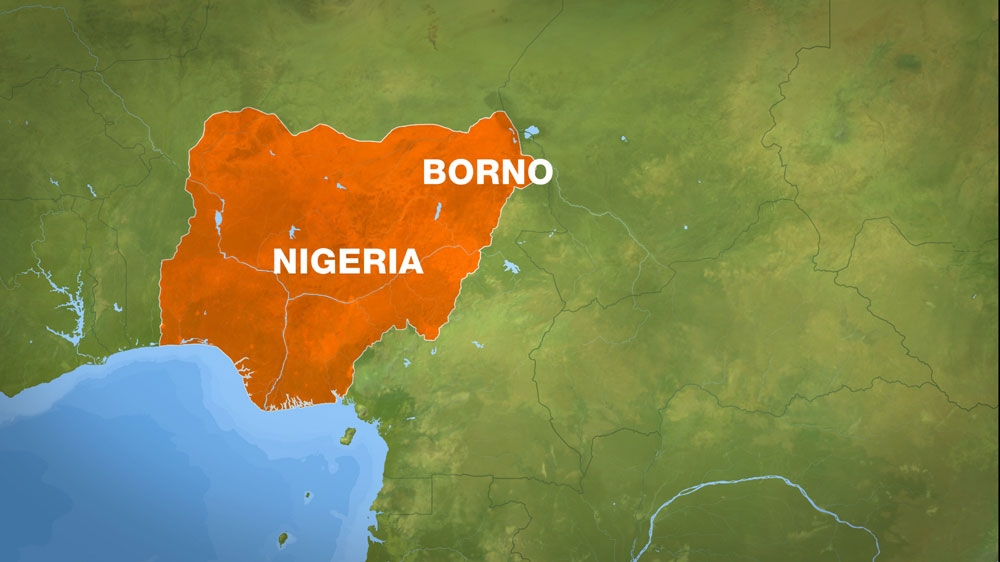 At least fourteen people have been killed in twin suicide bomb attacks on a mosque in the Mulai area of Nigeria’s northeastern Borno State.

Witnesses, however, told Al Jazeera that the death toll could be considerably higher, with one person estimating that at least 25 people were killed in the attack on Thursday night.

Sources said the force of the blast destroyed the mosque as worshippers were praying.

One bomb exploded inside the mosque, while another exploded outside, sources added.

There was no immediate claim of responsibility for the attack, but among the suspects will be the Boko Haram armed group, which has launched a large number of suicide attacks in region over the past few months.

On Monday night, three blasts in Borno’s capital Maiduguri killed at least five civilians and three suspected suicide bombers after the attackers were challenged by locals.

On September 20, at least 117 were killed in the city when attackers hit a mosque and killed football fans watching a televised match, as well as bystanders.

Al Jazeera’s Ahmed Idris, reporting from Maiduguri, said that the Nigerian army has had some success in pushing Boko Haram from territory it had claimed in its bid to carve out an Islamic state in the country’s northeast.

But he said that security forces have been unable to prevent the group from carrying out suicide bomb attacks, which have increased in frequency.