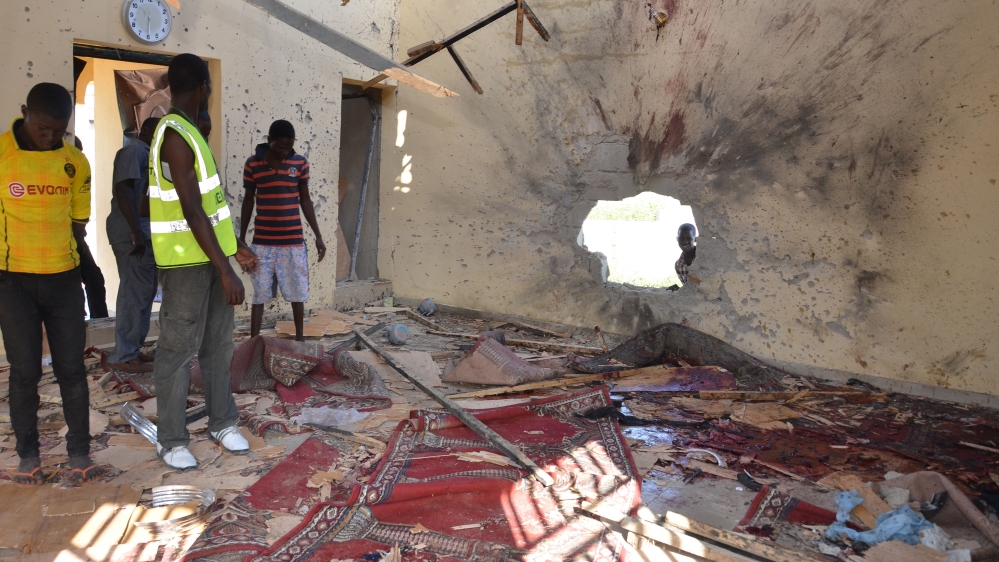 At least 55 people have died and almost 100 were wounded after suicide bombings that struck two mosques in different cities in northeast Nigeria, officials said.

A massive blast in Yola, the capital of Adamawa state, killed 27 people and wounded about 96 others during a Friday afternoon prayer that included officials helping to inaugurate a new mosque, said Saad Bello of the National Emergency Management Agency.

Earlier on Friday in the city of Maiduguri – the capital of Borno state and birthplace of the armed group Boko Haram, another suicide bomber killed 28 people in an explosion at a mosque.

Radio stations broadcast urgent appeals for blood donations for the victims. “We call on individuals to come and donate blood to save all lives,” Bello said.

There was no immediate claim of responsibility for either attack, but they appeared to bear the hallmarks of Boko Haram.

The group has in recent months resorted to increasingly attacking “soft targets” since the Nigerian army, backed by other African nations, seized large parts of the group’s stronghold in the country’s northeast.